Covid-19 could cause type 1 diabetes in children, study suggests 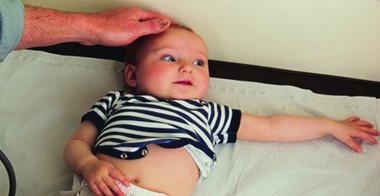 Covid-19 could be linked to the onset of type 1 diabetes in the UK, scientists have suggested, after finding that cases almost doubled in some London hospitals during the pandemic compared to normal.

Imperial College London researchers behind the small UK study have now warned that scientists should investigate whether there is a definite link between Covid-19 and type 1 diabetes in children.

Dr Karen Logan, who co-led the study, said: ‘Our analysis shows that during the peak of the pandemic the number of new cases of type 1 diabetes in children was unusually high in two of the hospitals in north west London compared to previous years.

‘When we investigated further, some of these children had active coronavirus or had previously been exposed to the virus.’

The study analysed data from 30 children, who were diagnosed with new-onset type 1 diabetes between 23 March and 4 June, in five north-west London paediatric units.

It found around double the cases of diabetes seen in this period than in previous years. Two units reported 10 cases, compared to two and four cases previously, while the others showed no change.

A total of 21 children were tested for Covid-19 or had antibody tests to see whether they had been exposed to the virus — and five tested positive for coronavirus, either currently or in the past.

However, the researchers noted they may have missed some previous cases of Covid-19 as 14 children did not receive an antibody test.

In addition, around 70% of the children diagnosed with diabetes in the study presented with diabetic ketoacidosis – a life-threatening condition that presents when the body starts to run out of insulin.

The study found that 52% of these cases were severe, which the researchers said was a much higher rate than they would normally expect to see.

The scientists suggested that the spike protein on Covid-19 might be able to attach and destroy insulin-producing cells in the pancreas.

Dr Logan concluded: ‘More research is needed to establish whether there is a definitive link between the two, but in the meantime we hope clinicians will be mindful of this potential link.’

Previous reports from China and Italy had also found more children were being diagnosed in hospitals with new-onset type 1 diabetes during the pandemic, raising concerns around delayed presentation, as Pulse’s sister title Nursing in Practice reported.

However, the Imperial researchers wanted to see whether new cases of type 1 diabetes might be linked to Covid-19 exposure.

Last week, a study found that children under 16 made up just 1% of Covid-19 cases in the first peak of the virus in England, despite accounting for 19% of the population.