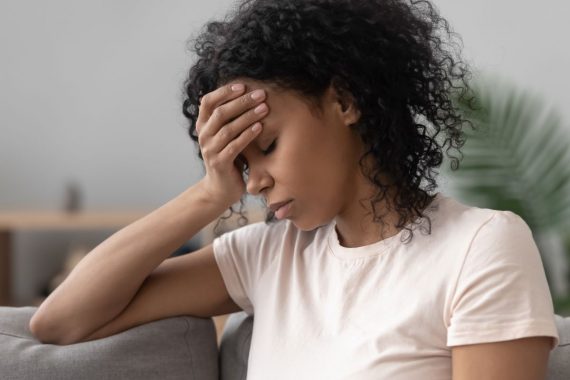 NICE has recommended erenumab for treating migraine in some patients after earlier drafts of the guidance were appealed.

Patients who have four or more migraine days a month and who have already tried at least three other preventive medicines will be eligible for the drug (also known as Aimovig), the final NICE ruling said.

In patients with chronic or episodic migraine who have failed to respond to treatments such as beta-blockers and anti-depressants, the evidence shows that 140mg erenumab is better than best supportive care, the guideline committee concluded.

But the drug, which is given every four weeks as a self-administered injection, must be provided under the commercial deal agreed between the NHS and Novartis, NICE added.

Treatment must be stopped after 12 weeks if the frequency of headaches has not improved substantially – 50% in episodic migraine and 30% in chronic cases.

The recommendations do not apply to anyone who was already being treated with erenumab on the NHS and existing funding arrangements can continue for those patients.

In 2019, the British Association for the Study of Headache and Association of British Neurologists appealed a previous ruling not recommending the drug be made available.

New evidence was put before the committee comparing the drug with best supportive care in patients for whom other treatments had not worked.

The drug company submitted new cost-effectiveness estimates, for both the chronic migraine and episodic migraine populations, based on the new evidence and a commercial agreement on price.

A study published in the New England Journal of Medicine in 2017 found half of the episodic migraine patients given erenumab, experienced significantly fewer days with migraine symptoms.