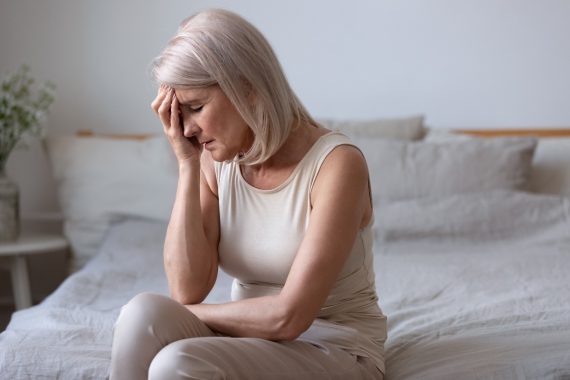 The most common side effects after the Covid-19 vaccine are fatigue and headache, with symptoms usually lasting one or two days, according to findings from a coronavirus research app.

The latest data from ZOE Covid Symptom Study app – which looked at self-reported symptoms from 627,383 people after a jab between 8 December and 10 March – found one in four people experience ‘mild, short lived’ side effects that mostly peaked within 24 hours and lasted one or two days.

For both vaccines, rates of side effects among the general population were lower than reported at clinical trials.

Professor Tim Spector, lead scientist on the app and professor genetic epidemiology at King’s College London, said this finding ‘should reassure many people that, in the real world, after-effects of the vaccine are usually mild and short-lived, especially in the over-50s, who are most at risk of the infection’.

Participants who’d previously had Covid-19 were also three times more likely to have side effects after the Pfizer vaccine and twice as likely after the AstraZeneca jab. In addition, side effects were more common among people under 55 years of age and among women.

As well as these systemic side effects such as headaches and fatigue, which impact the whole body, two-thirds also reported local changes at the site of Covid vaccine injection – such as swelling, tenderness and itching, the data revealed.

The ZOE Covid Symptom Study app was launched at the end of March 2020 to support Covid-19 research, with scientific analysis provided by King’s College London.

Professor Spector said: ‘We are urging as many people as possible to download the ZOE app and log their vaccines with us, so that we can independently monitor how we all react differently and how the vaccines impact the overall pandemic.’

It comes as the MHRA is advising anyone with onset of headache four or more days after having the AZ vaccine to seek medical attention amid concerns over an extremely rare blood clotting side effect.

As of last week more than a quarter of the UK adult population had been fully vaccinated against Covid-19.

PCR testing halted at laboratory amid fears around 43,000 false negatives

The number of “kids” that raved then miraculously got covid, then wanted to play the long covid scenario, “ME” and I’m shielding due to a salbutamol inhaler used 18 years ago, sick note, book me a thyroid test and cxr shenanigan – all availing to zero, is quite unique. Until Glastonbury and Weatherspoons open, you’re creating a new permissable epidemic, like anxiety, for some.