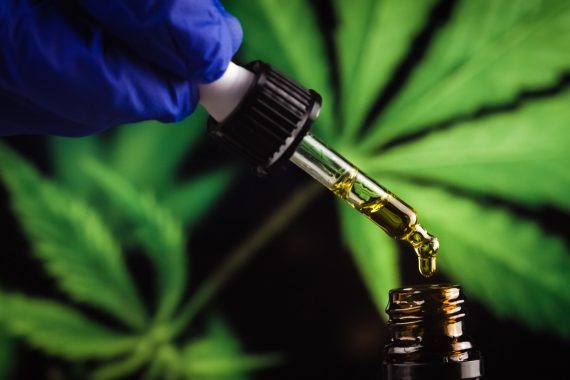 GPs should be allowed to prescribe medicinal cannabis, according to a review of how the UK can become a leader in cannabinoid innovation.

A national trial for GP prescribing of cannabinoid-based medicinal products should be rolled out with systematic data collection to inform future guidelines, the report said.

It may be that such prescriptions, when issued in the private or public system, would need to involve patient enrolment in a national registry to help gather real world evidence, it added.

The report, commissioned by The Centre for Medicinal Cannabis and the Association for the Cannabinoid Industry, is to be launched today with a with a speech by George Freeman, the minister for science, research and innovation.

Among 20 recommendations made by the report was the need to establish an agency to provide oversight and guide the sector, consult with patient groups and police forces to introduce guidance on verify patients who have a valid, current cannabinoid medicine prescription and create and mandate consistent.

The report also said that for regulations to be effective, they should be based on trust and collaboration, not top- down enforcement and sanctions.

That means more freedom should be given to the trusted actors already in the market including prescribers, pharmacists, regulated suppliers, government-funded trial sites, and licensed researchers, it said.

The review noted a new survey of public attitudes has found that one in five (19%) respondents personally know someone whose health has benefited from medicinal cannabis.

And 63% of respondents would be supportive if a family member was taking medicinal cannabis to address a health condition, with only 8% saying they would be somewhat or very opposed to it.

Two-thirds of respondents said GPs should be allowed to prescribe medicinal cannabis with 37% saying they would trust their GP to prescribe such treatment.

The report concluded that both regulators and industry have an obligation to cooperate to steward this new industry and support it to develop in an innovative but also safe and responsible way.

Report author, Professor Christopher Hodges, emeritus professor of justice systems at the Centre for Socio-Legal Studies at the University of Oxfordsaid:‘It is no longer wise or sustainable for the government to continue to take a distanced, disinterested or laissez faire attitude to the sector as a whole, as it has done since the cannabis sector’s inception.

‘The seeds are there for rapid growth but it cannot happen without a clear strategy built upon coordinated Government stewardship and the ambition to not just tolerate, but actively nurture the sector to expand and mature, so it attracts more investment, jobs and innovations, and secures political support and public recognition.’

Last year, the BMA and RCGP said they did not support a scheme to provide ID cards for people who qualify for a legal cannabis prescription.

NICE: GPs should ‘encourage and support’ some patients to stop taking opioids for chronic pain

GPs should not prescribe opioids for chronic pain, says NICE

“A report, commissioned by The Centre for Medicinal Cannabis and the Association for the Cannabinoid Industry, concludes that GPs should be allowed to prescribe medicinal cannabis” should be the headline here please

Oh good, more treatments for us to in initiate, prescribe, monitor!

Trials usually have Dr’s associated with them.

I’ll just check on GMC competencies; nope as far as I care they can run the trial lock, stock & barrel.

We love America. The real invaders of Europe. Big pharma.

Don’t want to partake in this drug “business”. Profits for our headaches.

apparently ‘the seeds available for rapid growth ‘ need specialist propagation.
This kind of equipment can be detected by thermal imaging….

meanwhile the 10 people in the UK who actually have the licensed indication are lumped in with the ‘alt’ crew.