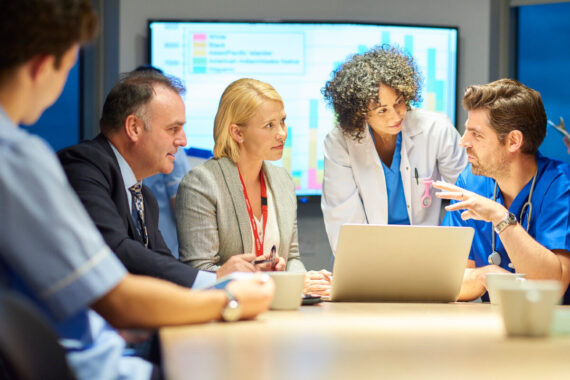 Exclusive Only GPs with PCN director experience will be eligible to apply to sit on integrated care boards (ICBs) in some areas of England.

A Pulse PCN analysis of newly-published ICB constitutions also revealed that the vast majority of areas will only have one member representing primary care services.

GP leaders warned that the constitutions were ‘overly restrictive’, risks ‘missing out on the best candidates’ and – critically – risk excluding LMCs.

Established via the Health and Care Act 2022, each of the 42 Integrated Care System (ICS) areas will have one board each, which will assume commissioning functions from CCGs from 1 July.

Government guidance stipulates that each board must consist of at least one representative from primary care services, although they are free to appoint more than one if they choose.

However, a Pulse PCN analysis of ICB constitutions has revealed that:

The constitution for Surrey Heartlands ICB outlines that candidates for its single primary care representative position ‘must be a director of a primary care network within the ICB’s area’, in addition to being a registered GP and member of the RCGP or GMC.

Meanwhile, Frimley’s constitution states that one of its two primary care board members must ‘have knowledge and recent relevant experience of acting as a primary care network clinical director’.

The constitution for North West London ICB states the nominee for its primary care member must currently hold an ICS clinical role such as a PCN lead or associate medical director for primary care.

Across ICBs, the plans indicate there will be significant variation in the leadership and experience expected of primary care representatives around the country.

Other stipulations within the constitutions include:

Dr Clare Bannon, BMA GP committee policy lead for commissioning and provider development, said: ‘Ever since the inception of ICSs, the BMA has been clear that GP representation and leadership is absolutely essential – something echoed in the recent Fuller Stocktake.

‘GPs have led many models of primary care provision and collaboration, well before the introduction of PCNs and, crucially, know their communities, regardless of their involvement in PCNs.

‘Making experience as a PCN CD a prerequisite for a seat on ICBs is overly restrictive and risks missing out on the best candidates, for example the many skilled GP leaders from other organisations such as CCGs and federations.

‘ICBs must ensure that they harness the depth and breadth of primary care expertise GPs from all walks of life can provide.’

She added that it is ‘critical’ that LMCs have a voice within ICBs and wider ICSs.

Dr John Hughes, chair of grassroots campaign group GP Survival, said the primary care board member exists to ‘fit the corporate image of the ICB’ rather than to represent GPs, suggesting that the criteria for appointing them ‘is to ensure that’ outcome.

He said: ‘Sometimes, the people who are leading PCNs are the same people who would have been involved in CCGs, and they often don’t have quite the same direction of travel as, say, an LMC person representing the interests of GPs.

‘They are very much there to represent the board or the organisation they’re in charge of. So that may not necessarily be the best thing for local GPs.’

He added that there should be LMC involvement, noting that many ICB areas will also encompass several committees.

GPs had previously warned that the ‘vital expertise’ of GPs could be lost with the demise of CCGs, with some last year claiming that more must be done to prevent ‘tokenistic’ GP representation on ICSs.

One reason for ICS development has been to ‘not be CCGs’.
This has affected some ICSs more than others.
There is no system which can operate without primary care.
General Practice is fundamental to all systems.
Despite CCGs being named as responsible for ICS constitutions,
NHSE has not always supported this or approved CCG based proposals.

Loss of support for GP practices

Less protection for the independent contractor model of general practice
In the past we have had sufficient GP leadership in CCGs and across the system to counter such thinking. But it is questionable as to whether this voice of reason is going to be loud enough in the new system, and the protection that has previously existed is likely to be sorely missed.

We saw the Operose-USA then:

Keep going with this ICS sell-off charade.
Made (not) in Britain.

AKA – “Only GPs who have been successfully brainwashed into the PCN rule-silence-herd agenda are allowed onto the ICS” because they’ll be easier to manipulate than the free-thinkers, and will be token representation to basically just mop up the drivel coming out of the DoH and America.

Clearly diversity/new blood not wanted. Suspect therefore we’ll be back for another re-brand in another 3 years then.