PCN leads must work beyond ‘endless’ agendas and meetings 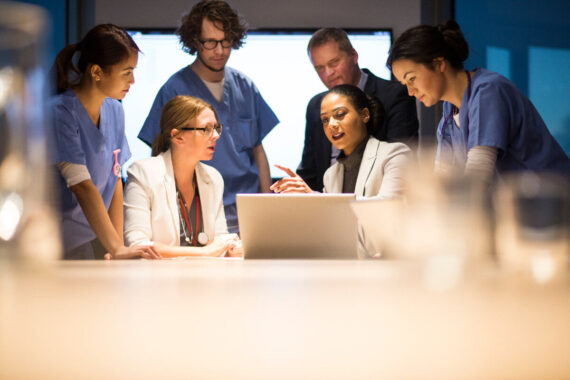 PCN leads have responsibility to build relationships with members of anchor institutions to affect change, rather than relying on agendas and system mechanisms to meet population needs, it has been suggested.

Dr Mark Spencer, a GP and clinical director for Fleetwood PCN, told Pulse PCN that PCNs need to build lasting relationships ‘at a human level’ with people from partnership organisations to work beyond ‘working groups, subcommittees and endless rounds of governance’.

Dr Spencer – who will be speaking at Pulse PCN’s live event in Newcastle this week (12 July) – said: ‘These relationships need to be long term. People that have an interest in that community in the long term and not somebody that’s going to come along to meet you for six months and then disappear.’

He added that his PCN utilised this method of partnership working to tackle unemployment – a wider determinant of health – in the PCN’s neighbourhood in Blackpool.

The PCN took advantage of the Government-funded Kickstart Programme, established during the pandemic which would cover the minimum wage salary for 16–24-year-olds who had been on universal credit for six months.

However, the scheme also required an organisation to take on a minimum number of people, which prevented most general practices and similar primary care bodies from taking on new starters, Dr Spencer explained.

Instead, the PCN agreed that the community’s housing association would act as the host organisation and handle HR, opening around 60 working roles in general practice, pharmacy and the local authority.

He said: ‘The people in the local authority, in housing, the Department of Work and Pensions? Who are the people that have a real interest in the community?

‘The primary care network is responsible for actively and regularly connecting with them. And it doesn’t necessarily have to be a formal meeting, sat around a boardroom table with an agenda every month, because you can’t build relationships around a business agenda.’

More information on upcoming Pulse PCN discussion forums can be found at pulsepcn-events.co.uk