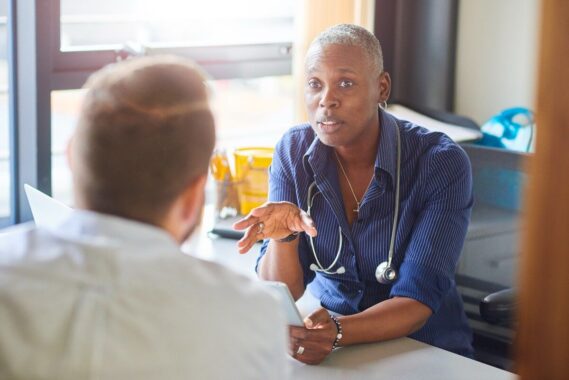 The NHS is ‘at real risk’ of losing highly skilled primary care staff from a Black and minority ethnic background because of institutional racism, leaders have said.

Dr Nicole Atkinson, medical adviser for primary care at the NHS Confederation, said: ‘Whilst the NHS workforce is more diverse than ever before, it is at real risk of losing committed and highly skilled staff from a BME background in primary care because of institutional discrimination and racism.’

It comes after a review, led by the Confederation, found that racism against Black and ethnic minority NHS leaders was more commonly perpetrated by managers within their organisation than by members of the public.

According to the survey of more than 120 ethnic minority leaders, 69% said they had experienced racist treatment from a manager compared to 52% experiencing such behaviour from the public.

Dr Atkinson said: ‘Primary care leaders are committed to tackling this and want to see targeted and sustained action to address these deep-rooted and systemic issues, but to do so, they also need to be given the same support as their counterparts in secondary care to ensure BME leaders can stay and thrive in general practice.’

The NHS Confederation report, Shattered Hopes – considered the views of primary care, clinical and executive leaders – noted this remains a concern despite the NHS’ prioritising equality, diversity and inclusion activities.

And executive leaders observed that, despite progress evidence in the Workforce Race Equality Standard (WRES), statistics about how well local NHS leadership reflects the diversity of the local population ‘do not seem to change’.

They added that this made them feel ‘cynical’ about progress towards greater representation of Black and ethnic minority staff in leadership roles.

It comes a day after historian and broadcaster David Olusoga stated that racism is ‘still disfiguring’ the NHS and limiting opportunities available to staff.

The report warned that the NHS is ‘losing committed, highly skilled and motivated talent’ to institutional discrimination, with reform needed to overhaul the recruitment process.

It suggested required skills, roles and experiences should be described in more inclusive ways, with better community engagement to encourage a more diverse pool of applicants for senior roles.

According to a major survey carried out by the BMA in February, over 90% of Black and Asian doctors and medical students are concerned about racism in the medical profession.

And a report by Health Education England published last month found that more than one in three GPs in London said they experienced racial discrimination from patients in the past 12 months.