5 Consequences of the Fuller Report for PCNs 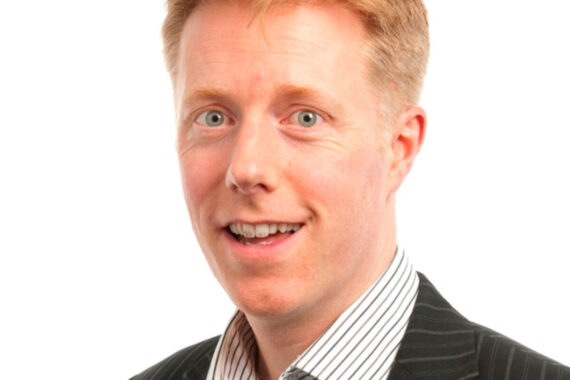 The recently published Fuller Report was originally described as being a review of Primary Care Networks (PCNs), and while its remit evolved during the course of the report it is no surprise that it has resulted in some big implications for PCNs. But what are they? I have distilled five of the key consequences below.

1. The importance of PCNs is going to grow

I don’t think it is an exaggeration to say that the future of general practice and PCNs may be inextricably intertwined. At the outset of the document Dr Fuller summarises, ‘This report offers a vision for transforming primary care led by integrated neighbourhood teams’ (p4). She describes a future in which PCNs ‘evolve’ into integrated neighbourhood teams, and that these are to play a leading role in the delivery of the integrated care agenda.

While many were wondering what would happen to PCNs after the current five-year GP contract deal expires (the key element of which is the PCN DES), and while the GPC considers PCNs to be an ‘existential threat’ to the independent contractor model, all the signs from this report are that future additional investment into general practice is going to be via this route.

This leaves little doubt that whatever the views of general practice on PCNs, the systems sees them and their development into integrated neighbourhood teams as the future.

2. There will be a greater focus on joint working with other organisations

To date PCNs have largely focussed on how the practices within the PCN work with each other. This is going to change. The report describes how, in the new vision of the future, PCNs with, ‘wider primary care providers, secondary care teams, social care teams, and domiciliary and care staff can work together to share resources and information and form multidisciplinary teams dedicated to improving the health and wellbeing of a local community and tackling health inequalities’ (p6).

In the initial description of PCNs it was planned that other organisations would become part of the PCN Board over time, and while that has not happened for a variety of reasons (not least the challenge and complexity of practices working together in a PCN area), this report is clear PCNs are no longer to remain within the sole domain of GP practices.

3. The leadership challenge will grow

It is already difficult being a PCN clinical director. Leadership of these scaled up integrated neighbourhood teams will be even more challenging, as it will require bringing teams from multiple agencies together, with all of their associated cultures and ways of working, and creating shared, cohesive way of working.

The report recognises this, ‘More focus needs to be given to the development and support of clinical directors beyond the current basic arrangements provided through the national contract, including the provision of sufficient protected time to be able to meet the leadership challenge in integrated neighbourhood teams’ (p22).

The question is whether the current PCN CDs will want to take on this leadership responsibility. The risk is if they don’t the leadership of these teams may come from one of the partnership organisations and from outside of general practice.

4. The source of funding will shift from national to local

One of the big messages in the report is a very vocal request for the funding for PCNs to shift from national to local, ‘National contractual arrangements, including for PCNs, have provided essential foundations including for chronic disease management and prevention. But they can only take you so far… getting to integrated primary care is all about local relationships, leadership, support and system-led investment in transformation’ (p28).

It very much looks like after the five years of the current deal expires in March 2024 funding for PCNs will not come via the national GP contract but via local Integrated Care Systems. This means the ask of PCNs will start to vary across the country, along with the level of investment in them.

5. A scaling up of infrastructure support

PCNs have often struggled because so little has been invested in enabling them to have the systems, processes and functions necessary for success. There was no way that funding two sessions a week of a clinical director and £1.50 a head running costs for what are now multi-million pound businesses was ever going to be enough.

This is recognised in the report. It says it will make available, ‘back-office and transformation functions for PCNs, including HR, quality improvement, organisational development, data and analytics and finance – for example, by leveraging this support from larger providers (e.g. GP federations, supra-PCNs, NHS trusts)’ (p7).

Implicit here is PCNs will no longer be able to support themselves, as the scale of what is needed exceeds the delivery ability of any individual PCN. The key question is whether at-scale general practice is in a position to provide this in each local area, or whether many ICSs will start to default to this being provided by the local hospital or community trust.

There are clearly big changes ahead. You would be forgiven for thinking this must be the plan for three to five years in the future, but the report has other ideas on timescales, ‘Systems should aim to have them (integrated neighbourhood teams) up and running in neighbourhoods that are in the… most deprived areas by April 2023. This… will create the necessary pace and ambition to move to universal coverage throughout 2023 and by April 2024 at the latest’ (p7).

Change is coming for PCNs and it is coming quickly. Integrated Care Systems go live tomorrow and it looks as though developing PCNs into integrated neighbourhood teams will be near the top of the new priority list.

You missed a few:
6. It isn’t a system most GPs will want to work in.
7. It isn’t a system most patients will want to experience.
8. It will be seppuku for the profession, and probably the NHS.
9. You/we don’t have to implement the Fuller Review, because – despite what we are all being told by ICSs – it is not a contractual obligation, and it certainly is not funded. They will tell you it is ‘mandated’ – this just means they are ordering you to do it and pretending you have to, but they have no means of enforcing this, and do not intend to fund it or manage the consequences themselves.

..maybe by driving up the pressure on PCNs this will speed up their demise…