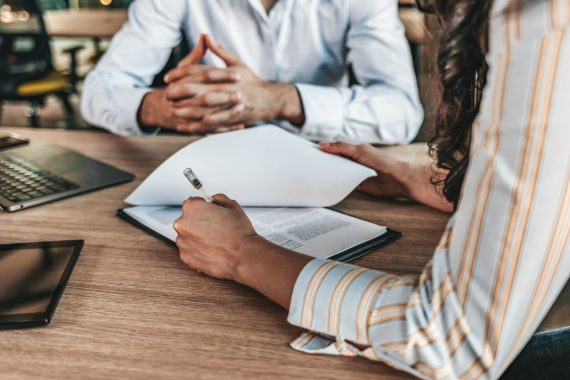 The England LMCs conference has overwhelmingly called on the BMA to negotiate a new GP contract, with over half of delegates expressing support for a fee-for-service contract model.

Almost all delegates voted that they believe the current GMS contract was ‘outdated and inadequate’ (94%); and that the system of unrestricted workload for a fixed fee is a ‘major disadvantage to general practice within the new ICS landscape’ (96%).

And 58% of delegates said GPC England should ‘negotiate a fee for service contract, including item of service payments for core general practice work, rather than the current block contract’.

Other parts of the motion, which demanded the new contract must allow practices to offer private services alongside NHS ones and that the GPC should explore contractual models for general practice in a ‘post-NHS world’, were also passed with 73% and 78% in favour respectively.

Proposing the motion, Dr Russell Brown of East Sussex LMC said the GMS contract ‘does not serve us well’ as ‘others seek to offload their work and their responsibilities onto us’.

He said: ‘We do not have the infinite capacity required to prop up a failing NHS. Years of neglect and disinvestment have left us a poor, depleted and exhausted cavalry to call on to the rescue. If we do nothing, general practice will collapse under the weight of these unresolved expectations and the NHS will follow quickly.’

Speaking in favour of the motion, Dr William Denby of Hampshire & Isle of Wight LMC said the block contract is ‘one of the greatest risks’ to general practice.

He said: ‘An alternative, tariff-based, fee-for-service contract, free at the point of delivery to the patient, has the potential to be far more flexible, to meet future medical advances and also the needs of our society as a whole.’

But Kensington, Chelsea and Westminster LMC’s Dr Lisa Harrod-Rothwell said a fee-for-service contract could be ‘detrimental to collaborative working’.

She said: ‘We also need to understand the other potential drawbacks: limitations to follow-ups, stifling of delivery innovation, coding and reporting.

‘We should be empowering GPC to explore all alternative contract models. I urge you not to commit GPC to any contract type today, especially one that may also transpire to be outdated and inadequate for the new healthcare environment.’

Earlier this morning, delegates attending the virtual conference voted overwhelmingly in favour of a motion that said the GPC must work with NHS England to ‘provide a guarantee of funding security for practices until 31 March 2022’.

They also voted for the ‘removal of all mandates and incentives regarding online consultations’.

Yesterday, new England GPC chair Dr Farah Jameel announced that over half of England’s GP practices may be willing to opt out of the PCN DES in protest against NHS England’s GP access plan.

AGENDA COMMITTEE TO BE PROPOSED BY EAST SUSSEX: That conference believes that GPC England is at risk of presiding and prevaricating over the slow death throes of GMS, and:

(iii) calls on GPC England to negotiate a fee for service contract, including item of service payments for core general practice work, rather than the current block contract PASSED

(iv) tasks GPC England with negotiating a contract that allows practices to offer private services alongside NHS services, where such services are not commissioned by the NHS for delivery in a general practice setting PASSED

ABOUT TIME.The contract is a joke as is planning for a time when there is no NHS ans most of our income will be private.Pandoras box was opened a long time ago with the abusive way contract has been introduce over the last 10 years combine with the subservience of the BMA.

I suspect Dr Harrod-Rothwell wasn’t practicing at the time of the 2004 new contract when GPs were told this contract meant that there would be no new work without new money.
Those who cannot learn from history are doomed to repeat it.

nGMS is the John Wayne contract. A GP’s gotta do, what a Gp’s gotta do

As with Tim A. I can remember all the LMCs telling us we had to vote “yes” as it was going to be soooooo wonderful. 20% of us saw it for what it was, a ConTrick, not a “contract”. How the 80% were suckered! It was the last time GPs got a proper pay rise. Gordon Brown thereafter hated GPs.

And…what will you do about it? Ah yes, a red voting card.

Reply
Unsuitable or offensive? Report this comment
Not on your nelly 27 November, 2021 3:49 pm

There is zero chance of HMG agreeing to a fee for service contract. It would bankrupt the treasury in months.

About time !!
Item of service fees. Just like every other NHS contracts.
Yes dream can come true. If HMG can not afford it, is it General Practitioners problem ?democratically elected Goverment has the responsibility allocate resources to provide Healthcare.

It is all very well having an item of service contract but there is a limited pot thus the amount per item will be reduced by clawback if GPs work too hard. Conversely if fewer items are claimed, the pot will pay the difference the following year.

Why not just give each GP their IANR and forget all the bean counting?