BMA rolls back on commitment to release GP ballot results 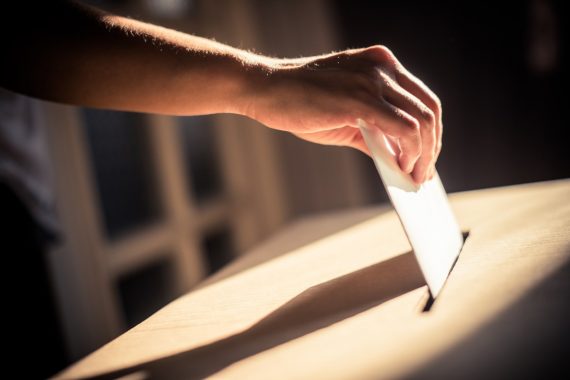 The BMA has ‘no immediate plans’ to share the results from its ballot of GPs regarding industrial action with its members, despite previously saying results would be announced by today.

GPs were given until 14 November to respond to a BMA ballot asking what action they are prepared to take against NHS England’s access plan.

The indicative ballot asked practices whether they would be prepared to take any or all of five specific actions – withdrawal or disengagement from the PCN DES, disrupting appointment data and industrial action on Covid exemption certificates and pay declarations.

In an email bulletin sent to GPs last month announcing the upcoming launch of the ballot, the GPC set out that ‘results [would] be communicated to members’ on 18 or 19 November, after the ballot closed on 13 or 14 November.

The ballot went ahead and closed on 14 November as planned but the BMA has now said that it will analyse the results and share the GPC’s decision on ‘next steps’ with members ‘in due course’.

The latest GPC bulletin, published after its meeting yesterday, said: ‘Following a thorough and engaging debate amongst committee members, we are now analysing the results in detail before deciding on the next steps, which we will communicate to all members in due course.’

When questioned about the discrepancy, the BMA suggested that the change in timeline is due to the new leadership in the committee.

A BMA spokesperson told Pulse: ‘Regarding the previous communication, this was sent under previous leadership and with a new chair now in place, it is only right that they and their team drives the strategy going forward and at a pace they feel will bring the greatest of benefits to members in the longer term.’

They added: ‘Members of the GP committee, which has just welcomed a new chair, have discussed the results and we are now analysing them in detail before deciding on next steps, which will be discussed with members in due course.

‘These results were designed to help guide and inform what steps may be taken going forward and those strategic decisions require time to discuss and consider.’

However, earlier in the week and before the election, a spokesperson told Pulse that while the results will be ‘considered in detail’, there are ‘no immediate plans to make them available publicly as there is no need to do so’.

There is no indication of when the BMA will communicate ‘next steps’ with GPs or whether the actual results of the ballot will be shared, rather than just the ‘next steps’ informed by them.

New BMA GPC England chair Dr Jameel has said that she wants to ‘reset’ its relationship with the Government, following her election yesterday.

As well as balloting GPs on industrial action, the BMA has advised practices to immediately start offering consultations of 15 minutes or more and apply to close their patient list, as part of the fightback against the GP access plan.

Bloody typical BMA. Honestly. What a complete waste of time. I was on the verge or re-joining too. No chance.

I think the GPC needs to Reset the relationship with the profession and delaying making decisions on this are not helping.

Reply
Unsuitable or offensive? Report this comment
Turn out The Lights 19 November, 2021 12:50 pm

Feels like a sign of weekness,not convincing me to re-join.A lot of grass root gps are not BMA members frankly becuase of actions just like this.

Useless and out of touch spring to mind as words to describe our representatives.
This is blatantly obvious with the bizarre choice of options offered in the ballot and their inability to negotiate their way out of a paper bag.
Is it not time we actually had some proper representation via a real dedicated body such as Unison rather than representatives who seem to be climbing the greasy pole and glad handing the government.

In the absence of any evidence to the contrary, it is obvious that too many GPs voted to accept the current Government’s offer because it suits them better – and it is noted that only 30% need to vote against industrial action to make any such action illegal. The vote of the other 70% is of negligible value, as the 30% who are Government supporters can impose the unilateral contract changes on everyone.

Hardly need to be a Government supporter to recognise s strike is a non-starter; minimally sane and conscious would suffice.

yeah, stuff a strike or any other hot air. We just need to ditch the PCN DES and withdraw form the poison chalice. Then renegotiate the GP contract to get significantly more funding, playing hardball, to ensure it happens, to protect primary care and therefore protect the NHS. And ensure that the Health and Social Care Bill either sinks, or has nothing to do with us, stopping NHSE’s mad plan to make public health, community services and people’s lives in general, massively over medicalised and channelled through nutty PCN plans with dieticians for the obese, and social prescribers for everyone else, and nothing useful being done by central government to improve society or health. Bunch of idiots. No further PCN nonsense, just an ability to share staff when it helps, and NHSE’s plan for mass takeover of health Social care and local government by primary care, via PCNs, gone. Not my job, not my remit, not within my control, haven’t got the staff. are you all mad at NHSE?