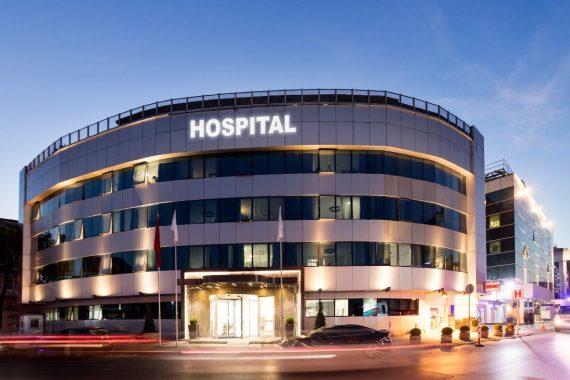 The visit to Wolverhampton’s integrated model – known as ‘vertical integration’ [VI] and where nine GP practices subcontract their GMS contracts to the trust – took place in November last year.

This comes after The Times reported in January that Sajid Javid is planning a review of primary care, which could see GPs incentivised to join up with trusts in a model like that in Wolverhampton.

Minutes from the Trust’s finance and performance committee meeting on 22 October 2021 said: ‘Primary Care/NHS reform are looking at a VI [vertical integration] model and have expressed a wish to visit RWT in November to explore alternative ways to deliver primary care.’

A Royal Wolverhampton Trust spokesperson confirmed to Pulse that the visit did take place and it was from the Department of Health and Social Care (DHSC).

A spokesperson for DHSC said it had nothing further to add.

Wolverhampton’s ‘vertical integration’ model started in 2016 with three practices. The trust now runs nine, although Pulse understands this will soon reduce to eight.

GPs continue to hold the GMS contracts but subcontract to Royal Wolverhampton and all staff are employed by the trust. The nine practices form a primary care network together.

The Trust told Pulse that the benefits for GPs have included dedicated back-office support and access to professionalised governance to support CQC processes, complaints and incidents, while patients have benefited from practices that have more services and resilience.

The Times’ article – based on a letter from Mr Javid to the Prime Minister seen by the newspaper – said that the health secretary was considering academy-style ‘reform trusts’ that would bring together primary and secondary care.

It suggested that GPs could be offered incentives to be directly employed by trusts instead of running their own practices as independent contractors, but that there would be ‘no forcible state takeover’ of GP practices.

The idea has been ‘dubbed the Wolverhampton model’, it added.

The DHSC previously denied The Times’ claims that the plans would amount to ‘nationalisation’ of GPs.

Other areas where a similar model to Wolverhampton’s is already in place include Northumberland, Gosport, Sandwell and Birmingham, and Cheshire.

GPs could be incentivised to work under hospital trusts, reports claim

is this the same trust where after a review by NHSE the CEO was reported to have ‘behaved poorly’, and the chair was ‘complicit’ as reported in the HSJ.
Interesting times for us all.

One Practice has left the integration and an other is in process of leaving. Doesn’t sound like a success story to me. Can Pulse interview those who left/leaving the vertical integration to find out if the grass is really greener on the other side?

What exactly is vertical integration? Is it like every body is integrated but there are some are that are more integrated than others? And who instructs the integrated? And do the integrated feel integral to those that are vertical? And if there is disintegration, who bears responsibility?

GP practices rarely go bankrupt as unlimited liability helps focus the minds of partners.
Secondary care trusts run on a business model of racking up debt then receiving bailouts as they are too big to fail.
Perhaps tying GP practice to the too big to fail secondary care trust would enable more money to come to primary care via the ‘spend it then get a bail out’ route!

Seems to me this government is interested in exploring any alternative to recruiting and retaining an appropriate number of GPs.

“A spokesperson for DHSC said it had nothing further to add”. Well as transparent and obscure as ever.

Well spotted Stephen, yes your good “friend”: Prof Field. You know the one, that shut many of your friends down.

The report said people interviewed had felt unsupported by Prof Field. Funny that. Nothing further to add hey.

What’s the point in visiting Wolverhampton if they haven’t ever visited a regular partner run GMS practice? They just see what they want to see

All I have to say is that at least HMG are consistent. Consistent at backing the wrong horse or the wrong dog.

Not sure if this is best for the whole country. However, in theory it could help practices upscale services and gain support. I wonder, instead of subcontracting to a trust, subcontract to a federations (E.g., west Cambs federation in Huntingdonshire, Peterborough has one for its area). This way GP practices would be able to gain the support written in this article, better share resources and most importantly, the services are kept in the community.

Interesting that the complaint was around GP access however every part of the NHS is bleeding right now. Ironically the report attacks the part of the NHS that is the most accessible.
Let us see how this plays out. I am honoured to be a general practitioner and I thank all of you for the contributions and personal sacrifices that you have all made to keep this corner of the planet going!
Well done everyone.

Reply
Unsuitable or offensive? Report this comment
Turn out The Lights 4 March, 2022 9:34 pm

The commissars visit the front line where their forces are undertakers a “successful” special operation that is going to plan.

I always suspected we’d be thrown to the Wolves eventually…..

This will certainly mean that things like compulsory weekend working can be brought in with no resistance. The thing I don’t get is how they are going to buy out all the owner occupiers of their own premises?