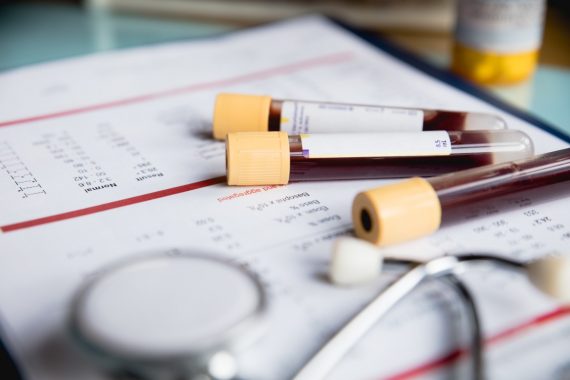 GPs can restart blood tests that are not clinically urgent, in a phased manner starting Friday (17 September), NHS England has said.

Any ‘backlog’ of tests must be worked through over ‘at least eight weeks’ to avoid a ‘surge’ in demand for blood test tubes beyond the levels used in June and July, the updated guidance said.

It comes as GPs have been under instruction since last month to cancel all blood tests except those that are ‘clinically urgent’ until 17 September, due to a shortage of test tubes that NHS England said was still worsening.

But NHS England said today that blood test activity in primary care ‘can resume, stocks permitting’ and in line with ‘best practice guidance’, from tomorrow.

A letter to GPs added that ‘any backlog of tests [should be] worked through over a period of at least eight weeks, prioritising as required, to spread the demand for tubes’.

It said: ‘It is important to avoid an immediate surge in demand for tubes beyond June and July 2021 baseline levels, so as not to potentially create further constraint in the supply chain.’

And practices should ‘regularly review their stock holding and upcoming planned care requirements, and aim not to re-stock to more than one week’s worth of tubes based on demand in June and July 2021’, it added.

The letter added that supply is ‘no longer as constrained’ as last month thanks to the ‘efforts of staff to manage use’, nine million tubes imported for emergency use earlier this month and manufacturing improvements that mean supplier Becton Dickinson (BD) ‘expects its production capacity to recover through September’.

However, it said that the issue is ‘not yet completely resolved’ and that it remains ‘vital to optimise the use of blood tubes and to ensure that testing does not exceed levels recorded during June and July 2021’.

It added: ‘To support this, we have developed best practice guidance for primary care and secondary care; this encourages clinicians to think twice, check twice and order once.

‘This is also a clear opportunity for the NHS to optimise the use of blood tests not only now but also for the future, improving clinical practice, reducing the impact on patients and helping to build more resilience into the system.’

Acute trusts, mental health trusts and community hospitals must continue with previous measures to reduce blood test tube use by at least 25% compared with June and July until 8 October, NHS England said.

However, it will provide a further update ‘before Friday 8 October’ that is ‘likely to include a return to best practice for acute trusts, community hospitals and mental health trusts’ if the supply position continues to improve, it said.

‘We will update you on the management of supplies on a national basis, which is currently being coordinated by NHS Supply Chain’, it added.

The new ‘best practice’ guidance, also published today, said that ‘during the current acute shortage’ commissioners should ‘work with acute trusts to ensure that requests for follow-up blood testing in primary care are rationalised’.

It added that commissioners should also ‘review’ referral pathways to decide which blood test requirements ‘can be safely omitted or deferred at the point of referral’, such as for two-week-wait referrals.

The guidance said that any ‘deferral of testing is not the practice’s fault’ and clinicians should be ‘open and honest with patients about the supply issue’.

The document also set out ‘best practice’ guidance that GPs should implement in the ‘longer-term’, including:

The guidance said that GPs have ‘wide-ranging expertise in the clinical risk assessment and appropriate investigation and management of the huge range of clinical presentations they encounter’.

However, it added that there is ‘significant unwarranted variation in blood test requesting across primary care’.

NHS England’s letter said that any measures should be undertaken ‘where safe to do so, using your clinical judgement at all times to ensure patient wellbeing’.

Earlier this month, NHS England told GPs they must continue to ration blood tests despite its supplier BD – which originally warned of serious supply chain issues in July – securing an emergency order of nine million test tubes due to arrive that week.

Pulse revealed last month that the Government is not planning a public information campaign regarding the shortage.

Grassroots GPs, who had called for NHS England to communicate the issue to avoid patient abuse, warned that ‘thousands of GP hours’ will be lost trying to explain the situation.

Really? We received this from our local trust today:

“We continue to monitor our stock levels and are liaising with the national team who are managing this situation. We have not yet been informed as to when the shortages will be resolved. Please continue to send clinically essential blood samples according to the criteria sent to you previously“

Not sure who to believe…..

Reply
Unsuitable or offensive? Report this comment
Turn out The Lights 16 September, 2021 9:09 pm

We’ve been tol will continue till November.Carry on doing your jobs,if the bottles run out we are not the one who have cocked up.But if we cock up we are the ones who will be lynched.

Can’t see any thank you or again, forget the recognition. It’s like asking the police can you not use your cars for a month.

Thank goodness. We can get back to screening all these tired, anxious and bloated 24 year olds after their Friday night out.

I never received any notification to stop ordering bloods. So I carried on ordering waiting to be told not to. It amazes me that important information is fed down to us by the press who I don’t believe anyway. So most government directives just bypass me. I wait for the courtesy to be informed properly. They have my email and address if they are bothered.