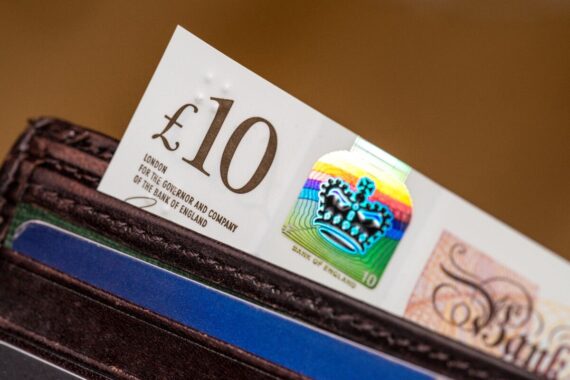 Tory leadership hopeful Rishi Sunak plans to introduce a £10 fine for patients who miss GP or hospital appointments if he becomes the next Prime Minister.

In an interview with the Telegraph, Mr Sunak said he would charge patients who failed to attend their appointment, without giving enough notice to the surgery to rebook it.

Patients will be given the ‘benefit of the doubt’ for their first missed consultation, but after that will incur a £10 charge each time.

His backer, Tory MP Greg Hands, said that it will be up to GPs to make the judgement as to whether to fine a patient.

The system would be ‘temporary’, while the NHS attempts to clear the elective backlog of more than six million patients.

He said: ‘We’re already paying for appointments. If they’re not being used, then that’s a waste. So if we can change that, then we basically get more out of the money that we’re putting in today. It’s a good example of a Conservative approach to that problem.’

Mr Hands said on Talk TV yesterday: ‘Most people would think this is a reasonable thing to do to have a fine, not for a first time offence of somebody missing an appointment, but a second time. It’ll be at the discretion of the GP, so the GP we hope will be able to make that judgement as to whether the person has missed the appointment due to extraneous reasons, or they are a vulnerable person.’

Responding to the news, BMA council chair Dr Philip Banfield said it was ‘terribly disappointing’ that Mr Sunak ‘seem[s] to have so little understanding of the reality facing our NHS, or what it will take to turnaround the impact of the Government’s repeated mistakes and the now mammoth backlog of care’.

‘Charging patients for missed appointments would not only undermine the essential trust between doctor and patient, but ultimately threaten the fundamental principle that the NHS delivers free care at the point of need, for all,’ he said.

‘The BMA has always stood firmly against the idea of charging patients for missed appointments.’

Dr Banfield added: ‘While it is frustrating when patients do not attend, the reasons why this happens should be investigated rather than simply resorting to punishing them. Financially penalising patients inevitably impacts the poorest and most vulnerable in the community.

‘This may discourage them from rebooking, exacerbating already worsening health inequalities and costing the NHS more.’

Dr Layla McCay, director of policy at the NHS Confederation, said: ‘The administrative burden this would place on the NHS risks being considerable and could well far outweigh the money brought in by the fines.’

According to NHS Digital, more than 15 million GP appointments go to waste annually when patients do not turn up.

Back in 2017, a Pulse survey revealed that just over half of GPs think patients should be fined if they don’t turn up to appointments.

And in 2015, a major pre-election poll of 20,000 British adults found that around eight in ten people believe the Government should consider charging patients for missed GP appointments as a policy.

The winning candidate to replace caretaker Prime Minister Boris Johnson will be announced on 5 September.

Former health ministers all ruled out of Prime Minister race

79% of people think Government should charge for missed GP appointments

The impact of DNAs is exaggerated. Outpatient clinics often run late in spite of no shows, suggesting they are under-resourced. This would be an administrative and PR nightmare, likely to solve nothing. It looks like Truss will win anyway.

Apart from pension / tax changes to encourage GPs to work longer hours…
The obvious thing is the prescription charge:
If 5p carrier bag charge caused a massive reduction in bag waste, how much would a standard £2 charge for every prescription item help?
Or perhaps £1 per week of medication, so £4 for 4w, £8 for 8 weeks, £1 for course of antibiotics.
I dont want to charge for prescriptions (and will lose out as a dispensing practice) but at least prescription charges for all might actually sustain a free NHS model and avoid things getting worse?
Perhaps a “postcode lottery”, where east of england tries the cancellation charge, while south west tries the prescription charge. Then we can assess and review the impact of changes.

Stuff given away for free inevitably is treated without respect.
Charge for all appointments, all prescriptions, according to ability to pay perhaps – but charges for all.

We get so many people not answering their phones for telephone appointments. I cant see them paying up though!
I agree, a surcharge for all. The bulk is paid for by the NHS, but the small top is paid by the patient.
That may also help the unfunded pay rise

Free leads to abuse. A charge would immediately stop this. The amount of dross we get. The DNAs sometimes help us catch up adn I doubt they would pay anyway.

Waste of time and worry: it won’t happen. It’s a vote-loser.

There’s so much wrong with this stupid half baked idea.
He’s lost.

It should apply to everyone or no one- we are not here to judge excuses for not turning up. This would just worsen the public’s relationship with GPs

It should be an automated process. Direct to their NI number. Got nothing to do with front line. No different to driving down a bus lane. Might eat into their drinking and holiday budget.

At times there are genuine reasons for dna. Staff take symptoms before appointment made. If symptoms sound serious problem then gp need to ring patient to find out reason for non attendance , same day. Pt was so breathless that they called ambulance may be a reason.
If symptoms were minor illness then a letter should be sent and recorded in notes.
Three strikes and you will be removed . Threat like this works well.
Some DNA do give time to catch up. Some patient who were concern to me and given follow up need to be contacted.as to what happened to them..

last wednesday i booked a wheelchair bound patient in for an urgent blood test today in the surgery i work in.

husband assured me he would get her down there.

nurse comes in to see me today, ranting that the patient i booked in as an emergency hadn’t turned up……………………..

the reason ? was still on a trolley in local a/e, waiting for a bed after being taken in with sepsis on saturday night – husband hadn’t left the hospital.

and rishi is going to fine her ??

certain to win votes that one !!!

Is it necessary to remind Dr Mann, some of us recall how PFI and other labour initiatives wrecked the nhs?
politicising it is not helpful.
Tax pays for schools, but those who can afford it pay for p
private education.
If the dr – patient relationship was problematic with paying, why do our patients rave about their “amazing private GP” and slate us. We are overwhelmed and drowning in complex work that is impossible to manage in 10 minute ridiculous slots. People are leaving in droves- I’m cutting g down to half time because the job is killing me, firefighting on a daily basis, can no longer do the work I loved.
we have to salvage something and some of the ideas presented would prevent a 2 tier system, as that’s where we are now and it will get worse. 20years ago people left in droves for Australia and Canada, it’s not that simplistic.
Yes underfunding and other issues have wrecked the nhs but the model does need to change and is not sustainable as it is. It has not been world leading for decades. Wake up.
Your tone is unhelpful. what exactly would you propose as a viable alternative? Not a fantasy wish list a
pragmatic option

The admin required to sort out the “deserving” DNAs – EG practice failed to notify pt of appointment – from the “undeserving” would be onerous and lead to much conflict. Another stupid soundbite.

Ideas are cheap. who is going to chase the payment?
its is time that patients are held accountable for abusing the NHS – because they do. fact.
but Im not sure if this is the way

It’s a terrible idea, but let’s not get over-excited. He is in a competition for the votes of around 180K mostly older, white Tory supporters based in the South East whose views will naturally be rather right wing. He is losing, and needs to catch their attention with promises that tickle their political erogenous zones. We can expect the following:
– tax cuts
– reduced immigration
– a ‘war against woke-ness’
– more grammar schools
– cuts to bureaucracy and the civil service
– delivering more brexit
– sorting out the NHS and social care
We can also expect ‘dog whistle’ statements against every protected characteristic apart from age.
We can also confidently expect that he has no intention of delivering any of them if he gets into power.
The choice appears to be between him and the financially illiterate Liz Truss.

Exactly what I meant dr jenkins