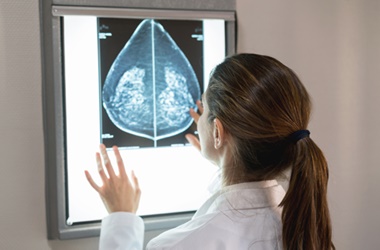 The record high of 246,316 patients referred for suspected cancer suggests that increasing numbers are coming forward with concerning symptoms. The previous highest figure had been 232,136 referrals in March 2021.

But the provisional data shows that 77.4% were seen by a specialist within two weeks of their urgent referral, down from 81.3% the previous month.

Figures also show that 52.2% of people urgently referred for breast symptoms where cancer was not initially suspected were seen within two weeks of referral compared with 67.6% in October.

Overall 93% of people began their first treatment within 31 days of a diagnosis – a figure which has remained fairly consistent.

NHS chiefs are urging anyone with worrying signs and symptoms to come forward and not to put off vital checks.

In December the National Audit Office warned that recovering elective and cancer care performance would be a huge and lengthy challenge for the NHS.

A report noted that while NHS cancer services activity largely recovered after the first wave,  patients with an urgent GP referral for cancer were more likely to be delayed than before the pandemic.

There have also been concerns about people coming forward with symptoms with half saying at one point they would delay coming forward because they didn’t want to burden the health service, NHS England noted.

Professor Peter Johnson, NHS England national clinical director for cancer, said: ‘When coronavirus first emerged, we saw patient numbers drop dramatically as people stayed away because of fear of the virus, or because they didn’t want to burden the NHS, despite experiencing cancer symptoms – but it’s vital people continue to come forward.’

Professor Martin Marshall, chair of the Royal College of GPs, said: ‘We know that at various times during the pandemic, some people have decided not to use the NHS for fear of overburdening services or of catching or spreading the virus – but the latest data shows people are now coming forward in record numbers and that GPs are working hard to care for patients and refer those they suspect of having cancer.

‘GPs understand the importance of identifying cancer in a timely way in order to achieve the best health outcomes for patients, so regardless of the intense pressures facing general practice, cancer referral is always taken seriously and treated as a priority.’