GPs to do further follow-ups with cancer patients, under new QOF proposals 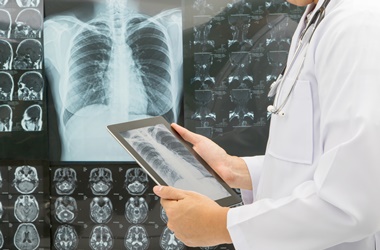 GPs should monitor patients with cancer at three and 12 months after they receive their diagnosis, under a new QOF indicator being proposed by NICE.

GPs should ensure cancer patients have a discussion about the ‘support available from primary care’ within three months of diagnosis and a ‘structured’ cancer care review within a year of diagnosis, a NICE consultation on new GP indicators said.

In the consultation, which closes on 15 July, and includes suggested indicators for obesity, and vaccinations and immunisations, two new QOF cancer indicators are suggested.

Subject to negotiations between the BMA and NHS England, these could replace the more loosely worded current QOF indicator which measures who has had ‘a review recorded as occurring within six months’ of the date of their cancer diagnosis.

NICE said the six-month review ‘is inappropriate for many patients especially in relation to understanding the support available from primary care’. The new three-month proposed indicator aims to ensure patients are aware of how general practice complements their secondary care plan sooner after diagnosis.

NICE suggested the timepoint at 12 months for a review of treatment, ‘will give greater flexibility to general practice to perform the review at a time which is more appropriate for the individual patient’.

Dr Richard Roope, RCGP clinical adviser for cancer and a portfolio GP, suggested the NICE consultation could lead to improvements in cancer care for patients.

He said: ‘I would say overall [the proposals] are positive, but there are some concerns about workload and it’s getting that balance right, that the patients get the appropriate support that they should. That will happen through QOF which incentivises the profession to focus in on that a little more than maybe we have been.’

He added: ‘The other thing that will be helpful is that there will be a standardised cancer review. Up until now it has been a bit of box ticking exercise and may not always have been that beneficial to the patient. So I think there is the hope that with a more structured review template, which looks like it will come through with the NICE indicators, that will help both the profession, but be good for the patients as well.’

Professor Willie Hamilton, professor of primary care diagnostics at Exeter University, said it was vital to keep an open pathway to GPs for cancer patients.

According to Professor Hamilton, the relationship with general practice is often broken up by cancer treatment where the oncologist becomes the first port of call.

He said: ‘We have this slight difficulty in that the need for general practice is greater, while the relationship has been weakened. So, the thinking behind the changes are terribly logical – lets try and get the GP and the patient sitting down together, I have every support for that. The snag is, the practice has often been that it doesn’t work. The single meeting where you made a plan, you wrote this plan, and no-one ever opened it again.’

For Professor Hamilton, flexibility in the system is essential.

He said: ‘The difficulty with making things good practice, which we should, and making this practice to make sure you get a tick in the box, the danger with making something compulsory is that it becomes tokenistic.’

But QOF expert Dr Gavin Jaimie, a GP in Swindon, said the new proposals are unlikely to solve the issues with the current indicator.

He said: ‘The cancer indicators are an attempt to update what is not a particularly effective part of the QOF.

‘It is the range of the cancers that tends to present the problems. Some patients are diagnosed with cancer and have intensive treatment or die rapidly without much primary care input. Other patients may have a minor operation under local anaesthetic to remove a skin growth that they have nearly forgotten about in a couple of months. Designing indicators that meet the needs of both of these groups is, at the very least, hard.

‘The new indicators change the timescale or the content of the reviews. I suspect that these may not be a great improvement.’

The proposed new QOF indicators have their foundations in the ‘Patient experience in adult NHS services’ report produced by NICE in 2012. Feedback from the consultation will be reviewed in August 2020 and it is anticipated that the final indicators will be published in early September.

The news comes as GPs await a surge in patients in the fallout from Covid-19.