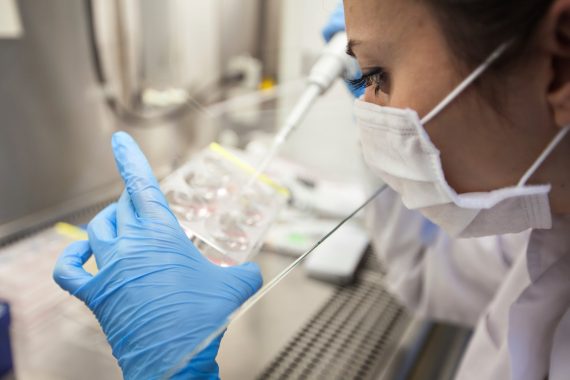 The technology behind the Oxford/AstraZeneca Covid vaccine could end up being used to treat cancer after successful early studies, researchers have announced.

Researchers have used the ChAdOx1 chimpanzee adenovirus that was used in the UK-developed Covid-19 vaccine to develop an anti-tumour vaccine that can be used to boost immunotherapy.

Clinical trials of the therapy in 80 patients with non-small cell lung cancer will be starting later this year, say researchers writing in the Journal for Immunotherapy of Cancer after tests in mice showed potent anti-tumour activity.

The novel two-dose therapeutic cancer vaccine uses the Oxford vaccine technology as the vehicle but instead of the spike protein from Covid-19, the treatment was designed to target two MAGE-type proteins that are present on the surface of many types of cancer cells.

Researchers used the treatment in combination with an anti-PD-1 immunotherapy to encourage anti-tumour T cells to target cancer cells.

The new vaccine improves the effectiveness of an existing immunotherapy approach by generating strong CD8+ T-cell responses and increasing the ability of anti-tumour T cells to infiltrate tumours, researchers reported.

In mouse tumour models, the combination of immunotherapy and the vaccine produced a greater reduction in tumour size and improved the survival of the mice compared to immunotherapy alone.

Professor Benoit Van den Eynde, from the University of Oxford said the proteins act like red flags on the surface of cancer cells to attract immune cells that destroy tumours and their presence on a wide range of tumour types broadens the potential use of the vaccine.

‘Importantly for target specificity, MAGE-type antigens are not present on the surface of normal tissues, which reduces the risk of side-effects caused by the immune system attacking healthy cells.’

Professor Adrian Hill, director of the Jenner Institute at the University of Oxford, added: ‘This new vaccine platform has the potential to revolutionise cancer treatment.

‘The forthcoming trial in non-small cell lung cancer follows a Phase 2a trial of a similar cancer vaccine in prostate cancer undertaken by the University of Oxford that is showing promising results.’

The news comes as Pulse revealed that tens of thousands of expiring AZ Covid vaccine doses are due to be collected from GP vaccination sites and be destroyed by the Government.