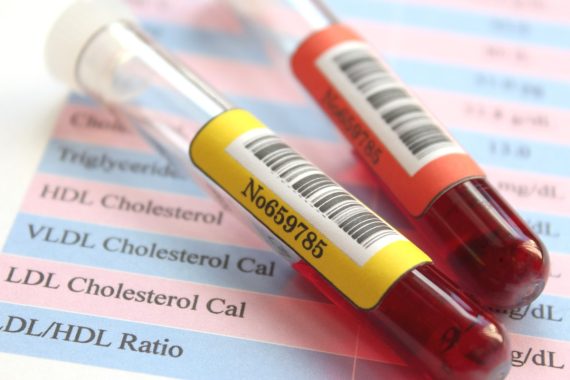 Additional cholesterol-lowering drugs should be offered in those with a high cardiovascular risk already on a statin, an international panel of experts has concluded.

The recommendations shift current thinking from focusing on lipid levels goals to looking at an individual’s overall risk, the authors of the clinical practice guideline published in the BMJ concluded.

For those who are already on high-dose statins who have LDL cholesterol of 70 mg/dl or higher and who also have a high five-year risk of a major cardiovascular event of 15% or more, ezetimibe should be offered as well, the researchers concluded.

Patients at the highest risk (more than 20% over five years) should be offered a PCSK9 inhibitor as well as ezetimibe, they said.

In the case of those who are intolerant to statins, high-risk and very high-risk patients should be given ezetimibe first with a PCSK9 inhibitor on top.

Those at lowest risk (less than 5% over five years) should not have any further lipid-lowering drugs and in those at moderate risk it is also not advised although if clinicians are considering it, ezetimibe would be their recommendation, the committee said.

But they stressed that the evidence base to support their recommendations was in some places weak and as such shared decision making with patients was key as well as careful identification of individual risk.

In developing the recommendations, the panel looked at 14 trials involving 83,660 patients and found that ezetimibe and PCSK9 inhibitors probably reduce heart attacks and strokes in patients with very high and high cardiovascular risk, but not in those at moderate and low risk.

Current guidelines vary in their approach, they said, with different treatment targets causing confusion about when to use newer treatments like ezetimibe.

‘This guideline differs from others in that, after specifying a minimal LDL cholesterol level below which further lipid lowering is not appropriate, recommendations are based exclusively on the absolute benefits of these drugs on cardiovascular outcomes rather than meeting targets for LDL cholesterol level,’ the panel concluded.

But they also noted that cost of the newer treatments is something that clinicians may have to take into account when making decisions.

Professor Azeem Majeed, professor of primary care at Imperial College London said he believed NICE needed to take a look at its lipid management guidance ‘as there is a risk that UK guidelines will fall behind international best practice’.

‘A more interventional approach to lipid management and starting treatment earlier – including the use of new lipid-lowering agents such as PCSK9 inhibitors – could have major health benefits for the UK population, which generally has high lipid levels,’ he added.

‘Lowering cholesterol reduces the risk of heart attacks and strokes in everyone, but the absolute benefit for a patient depends on their overall heart risk.

‘Therefore, a greater effort is required to lower cholesterol even more for those at greatest risk. If necessary, this greater effort can be achieved with extra medication in addition to statins, such as ezetimibe and PCSK9 inhibitors.’

PCSK9 inhibitors have been shown to reduce CV mortality then? No? Thought not. So doing some NHS spaffing of money? BloJo would approve.

I took the view back in the 90s that Ezetimibe was either useless or had marginal effect. Study after study on its own or with a statin showed it to be so. Then along came one study (don’t ask me) where it did seem to have an affect with a statin. Then the marketing noise drowned everything else out. On balance it’s still sh1t.

So a “no news” article. Carry on, nothing to see here.

Add a pint of beer, and some nachos too.