GPs dealing with fallout from suspension of AstraZeneca vaccine in Europe 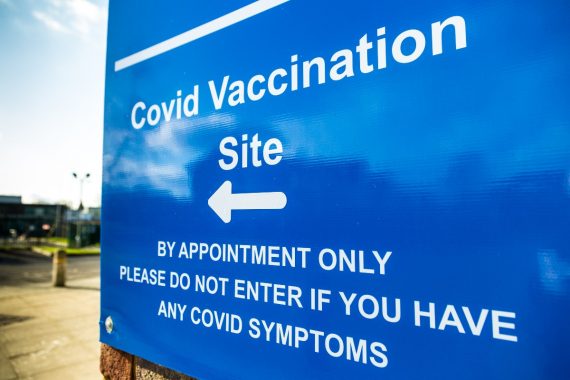 Exclusive GPs leading vaccination sites have told Pulse that decisions by some European countries to temporarily suspend the AstraZeneca vaccine is already leading to cancelled appointments and worried patients.

Several GPs said people had not attended their vaccine slot because of news stories about blood clots, with practices also fielding a large number of queries.

They raised concerns that despite clear reassurances from UK regulators and the World Health Organization, the news was having a negative impact on what had been a very successful vaccine campaign to date.

A number of European countries – now including Germany, France and Spain – have suspended use of the AstraZeneca vaccine pending a review of the evidence.

However the European Medicines Agency (EMA), which is leading the evaluation, said the benefits of the AstraZeneca vaccine in preventing Covid-19, with its associated risk of hospitalisation and death, outweigh the risks of side effects.

In a briefing on vaccine safety, EMA director Emer Cooke said they were evaluating any rare possible side effects in a thorough scientific analysis but that at present there was ‘no indication’ that vaccination had caused the small number of blood clots that had been reported.

She said: ‘In clinical trials both the vaccinated people and those who received the placebo have shown very small numbers of blood clot developments.

‘The number of thromboembolic events overall in the vaccinated people seems not to be higher than that seen in the general population.’

‘Also many are coming to the vaccine centre, then not having it despite reassurance,’ he added.

Dr Dave Triska, a GP partner in Surrey, said the damage had clearly been done. Patients and colleagues who had attended the local vaccine centre this morning said it was empty and had been told it was because people had not turned up.

‘It’s really disappointing and I don’t know how we’re going to get past this.’

Dr Triska had been on local radio and done social media campaigns to try and get the message and data across.

‘About 10% of our workload today has been dealing with vaccination queries,’ he added.

Dr Farzana Hussain, a GP in East London, said people had been calling the practice with worries about the vaccine.

She told Pulse: ‘I am very concerned about the potential impact as neither EMA nor WHO has any safety concerns with 37 clotting events in 11 million doses.

‘I am worried uptake will fall and as we try to ease lockdown measures we could see a surge in Covid infections if we are not all protected with the vaccine.’

‘But because of this blood clot problem we have our clinic tomorrow and we don’t know how many patients will DNA but I know that one of our neighbouring practices has had quite a few DNAs this morning.’

She added that hopefully patients would be reassured once GPs were able to explain the data to them.

‘I spoke to one lady yesterday in the surgery who was worried about having the vaccination and I had a long chat with her and by the time I’d finished my conversation she’d booked herself in.’

BMA public health medicine committee co-chair Dr Penelope Toff said the vaccination programme in the UK had been ‘incredibly successful’ and said it was important to note the views MHRA, the WHO and the EMA, who are all still advocating that the AstraZeneca vaccine is safe for use.

She said: ‘Given the enormous lifesaving benefits of the vaccine we should be continuing to encourage people to get both first and second doses of the AstraZeneca and Pfizer jab.

‘It is vital to retain perspective and acknowledge the dreadful death toll from this virus as well as the lives that have and will continue to be saved as a result of the vaccination programme.’

A statement from the EMA published on Monday of this week said: ‘Events involving blood clots, some with unusual features such as low numbers of platelets, have occurred in a very small number of people who received the vaccine.

‘Many thousands of people develop blood clots annually in the EU for different reasons. The number of thromboembolic events overall in vaccinated people seems not to be higher than that seen in the general population.

‘EMA is working closely with the company, with experts in blood disorders, and with other health authorities including the UK’s MHRA based on its experience with around 11 million administered doses of the vaccine.’

There may be a rather bigger problem caused by the EU
https://www.standard.co.uk/news/politics/ursula-von-der-leyen-threatens-cut-off-covid-exports-uk-b924652.html