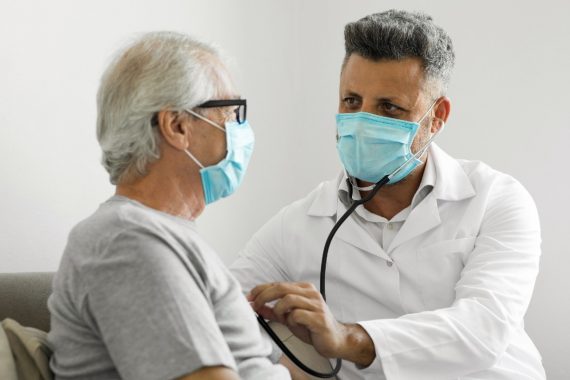 Exclusive The UK National Screening Committee (UK NSC) has said that NHS England should wait for further evidence before rolling out screening for atrial fibrillation (AF) via PCNs.

Under new PCN service requirements published in August, GPs must identify those at risk of AF through ‘opportunistic pulse checks’ when checking blood pressure from next year.

However, this contradicts current guidance – with the UK’s official advisory body for screening saying that it does not recommend a national AF screening programme due to a lack of evidence.

The UK NSC told Pulse that ‘it would seem appropriate’ for NHS England to ‘wait’ until an ongoing clinical trial is ‘completed before implementing a service’.

However, it added that the committee only has an advisory role.

The UK NSC’s next review of AF screening is estimated for completion in 2022 to 2023, it said.

In an official statement, a spokesperson said: ‘The UK NSC does not recommend a national population screening programme for AF and its most recent evidence review recommended that the best way forward was to focus on research in the primary care setting.

‘A large study is now being developed and will include looking at the possible harms and benefits of screening, and how it might be delivered.’

Official guidance from the UK NSC said that screening for the condition is ‘not currently recommended’, based on its last review in August 2019.

The review concluded that ‘there are different types of AF and it is not clear if these all have the same risk for stroke’ and it is ‘not known how effective treatment for AF is in people found through screening’.

It is also ‘not known’ whether screening is ‘more beneficial for people with AF than the current approach’, it said.

The committee added that a ‘large research project is currently underway in the UK to find out if screening is more beneficial for people with AF than the current process’.

‘This will help the UK NSC to understand more about the benefits and harms of screening’ for the condition, it said.

The committee’s website added that although it does not recommend screening, clinical practice guidelines are covered by NICE.

But it told Pulse that the NICE guideline ‘no longer exists’ and its replacement NG136 also ‘does not recommend opportunistic detection of AF alongside blood pressure checks’.

Both guidelines are intended for cases where AF is ‘already suspected’, rather than for opportunistic screening, it added.

When approached by Pulse, a spokesperson for NICE said that its remit ‘does not involve screening’ and that ‘opportunistic detection is not screening’.

They reiterated NICE advice to ‘perform manual pulse palpation to assess for the presence of an irregular pulse if there is a suspicion of atrial fibrillation’, including based on certain symptoms.

A spokesperson for NHS England claimed that the service requirements are in line with NICE guidance and said they are opportunistic testing rather than screening.

They added that the 2022/23 PCN DES contract document will include an updated reference to the latest NICE guidance.

The PCN service requirements said: ‘From 1 April 2022, a PCN must… Improve the identification of those at risk of atrial fibrillation, in line with NICE guideline CG180, through opportunistic pulse checks alongside blood pressure checks undertaken in a clinical setting.’

In August, NHS England announced that the controversial PCN anticipatory and personalised care services have been deferred until next year.

The other two services – one of which is around tackling CVD diagnosis and prevention – are due to start from October this year in a ‘reduced’ form.

New guidance also revealed that the network incentive scheme will measure the number of online consultations PCN member practices carry out from October as well as the number of patients waiting two weeks or less for an appointment from next year.

It comes as all pharmacies in England will be able to offer targeted cardiovascular (CVD) screening to patients aged over 40 from next month.

And patients dropping in for flu and top-up Covid vaccinations this autumn are set to be offered a health check at the same time, including blood pressure, heart-rhythm and cholesterol checks.

Most GP systems, manual or automated, check, or alert, if pulse irregularity is detected during routine BP monitoring anyway…….

Opt out of the PCN, it is the final shackle “they” need on you.