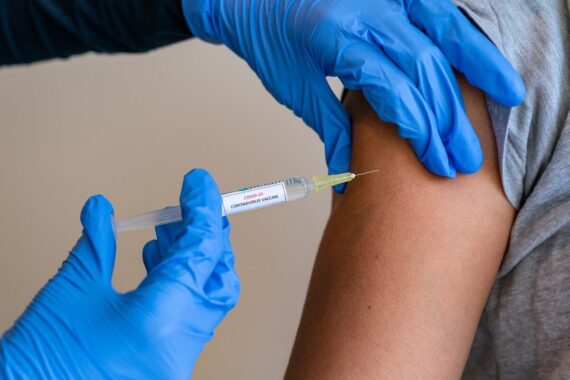 A two-week break from taking methotrexate after a Covid-19 booster vaccine can help improve its effectiveness, a UK trial has suggested.

Analysis of immune responses in 127 participants who were randomly allocated to suspend methotrexate use for two weeks and 127 to continue using it as usual, showed such a difference that researchers stopped the trial early.

At four weeks and 12 weeks after the Covid-19 jab, participants’ spike-antibody levels were more than two-fold higher in the paused methotrexate group compared with those who continued to take the drug.

Reporting in The Lancet Respiratory Medicine, the researcher also found a worsening of disease control at week four in those who had stopped taking methotrexate but that it had normalised by week 12.

Overall, there was no impact on quality of life or general health, suggesting the approach could be useful for more than a million people in the UK who take the immune-suppressing drug for inflammatory conditions.

The trial, which recruited from dermatology and rheumatology outpatients in 26 NHS hospitals across England and Wales tested responses with and without methotrexate in people having their third dose of vaccine.

More work is being done by the researchers on the quality of the antibody response by measuring its ability to kill live SARS-CoV-2 viruses and other variants of concern such as Omicron.

Study lead Professor Abhishek Abhishek from the University of Nottingham and Honorary Consultant Rheumatologist at Nottingham University Hospitals NHS Trust, said: ‘There was a doubling of the antibody response in patients who held off on taking methotrexate for two weeks.

‘The improvement in antibody response was maintained over a 3-month period. There was a short-term increase in risk of flare-up of inflammatory conditions. However, most could be self-managed.’

He added that the study did not evaluate whether this strategy would result in fewer cases of Covid-19 or fewer hospitalisations due to Covid-19 as it was not large enough to detect these differences.

Co-author Professor Rosemary Boyton of Imperial College London, said: ‘This study is the first to report the effectiveness of a two-week interruption of an immunosuppressant drug called methotrexate immediately after Covid-19 booster vaccination to enhance antibody binding immunity against SAR-CoV-2.

‘This has important implications for future vaccination strategy in this immunosuppressed patient group.’

Professor Neil Mabbott from the University of Edinburgh said the important study looking at ‘a simple and cheap method’ to help improve Covid-19 vaccine responses of some patients on long-term immunosuppressive drugs such as methotrexate.

But he added there were still some questions to be addressed. ‘For example, further research is now required to determine whether the increase in antibody levels after vaccination in those who underwent treatment suspension also have an increased level of protection against infection with the coronavirus and a reduced incidence of serious Covid-19 and hospitalisation.

‘It will also be interesting whether a temporary treatment suspension approach is similarly effective when used in combination with other vaccinations such as the annual flu shot, and whether it can be applied to patients undergoing long-term treatment with other immunosuppressant drugs.’

He added that short-term interruptions to immunosuppressive treatments should be used with caution and only after careful risk assessment by the patient’s clinicians.

So might a national 2 week break from sertraline and cocaine. But no one talks about that.