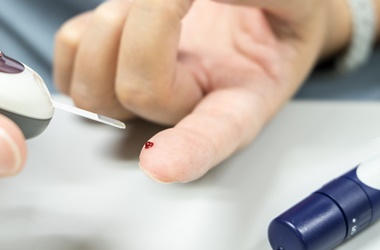 Rybelsus, an oral version of semaglutide, launched today as the world’s first oral GLP-1 agonist, has been shown in trials to achieve significantly greater HbA1c reduction compared to commonly used treatments in the UK, its developer NovoNordisk said.

NICE already recommends glucagon‑like peptide‑1 (GLP‑1) treatment in obese patients who have not responded sufficiently to other treatment.

However, GPs have said the fact it is only available as an injection acts as a ‘barrier’ to prescribing it.

NICE told Pulse that the oral version would be covered by the same recommendation as the injectable version of semaglutide.

NovoNordisk said the drug had the potential to help over 900,000 people in England whose whose blood sugar is above optimum levels (HbA1c >58.5 mmol/mol or 7.5%).

However, in reality GPs will be bound by local prescribing protocols, which may ration the drug on cost concerns, GPs warned.

Dr Andre Krzeminski, a Northampton GP with a special interest in diabetes who was involved in the clinical trials for the treatment, said: ‘Oral semaglutide will allow GPs to intensify treatment for people with type 2 diabetes with a GLP-1 RA in a new and novel way. Patients could achieve their target blood sugar with an additional benefit of weight loss with just a tablet. Previously this group of people would have required an injectable GLP-1 RA via specialist referral.

‘This could help to address delays in treatment intensification, improve patient adherence and help patients reach their treatment goals. This is especially important during the Covid-19 pandemic and will ensure those most vulnerable, including people with type 2 diabetes, receive the care they need.’

Dr Patrick Holmes, a GP with a special interest in diabetes based in Darlington, told Pulse: ‘I would agree Rybelsus potentially offers a lot to patients with “uncontrolled” type 2 diabetes. GLP-1ra are, in my view, under prescribed in the UK with only about 7-10% of patients with this condition being prescribed them.’

However he added that ‘until today’ one of the ‘barriers’ has been ‘the injectable nature’ of GLP1 treatment.

He said that ‘the class of GLP-1ra appears to reduce cardiovascular events (in particular stroke), they are effective glucose lowering agents, help people lose weight and also reduce blood pressure’.

‘However, many GP practices don’t feel confident to offer injections and most local health systems don’t pay practices for starting injectable therapy. This leads to many patients facing the additional barrier to care of a referral to secondary/community care. We have seen these waiting times balloon over the course of the pandemic. So a tablet potentially removes all these barriers.’

But Dr Holmes cautioned that the new drug would also be ‘troubled by the same gastrointestinal side-effects as others in the class’.

‘Most importantly it has to be taken on an empty stomach with a sip of water (no more than 120mls) with no other food/fluid for at least 30 minutes otherwise the drug is simply not absorbed into the body. The price is the same as other commonly prescribed GLP-1ra’s, and I know many CCG’s are concerned about the cost of the drug.’

He added: ‘In summary this drug if taken properly can be a game changer and a timely addition to the tool box for any health care practitioner working in the UK assuming local health economies allow them to prescribe it to suitable patients.’

The news comes as uncontrolled diabetes and obesity have both been shown to signficiantly increase the risk of death from Covid-19, although the RCGP got into hot water for branding the virus a ‘life style’ illness.

How to prescribe oral semaglutide

Rybelsus is indicated for the treatment of adults with insufficiently controlled type 2 diabetes to improve glycaemic control, as an adjunct to diet and exercise:

Only continue GLP‑1 mimetic therapy if the person with type 2 diabetes has had a beneficial metabolic response (a reduction of at least 11 mmol/mol [1.0%] in HbA1c and a weight loss of at least 3% of initial body weight in 6 months). [2015]