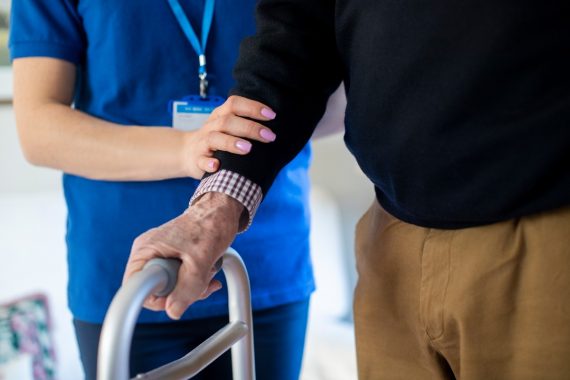 The Government is considering making Covid-19 vaccinations mandatory for those who care for the most vulnerable patients, health secretary Matt Hancock has said.

Mr Hancock said there was a taskforce looking at whether there needs to be a new law to ensure those who are caring for the most vulnerable do not infect others.

The news comes as Pulse exclusively revealed earlier this month that GMC may investigate individual cases of GPs refusing Covid vaccinations, after NHS England said GPs have a ‘professional duty’ to have the vaccine.

He clarified that currently they were just considering those who work in care homes.

He said: ‘At the moment what we’re looking at is for those who work in care homes, elderly care homes, on the grounds that they are the most vulnerable to this disease – that’s why they were in the very first cohort to be vaccinated and it’s something that some care homes have actually called for, because it would require a change in the law through secondary legislation.’

However, a leaked cabinet paper has reportedly suggested a similar legal requirement is being considered for other frontline healthcare workers.

The document, entitled ‘Vaccination as a condition of deployment in adult social care and health settings’, was drafted by the DHSC and leaked to The Telegraph.

The newspaper suggested that in the document, which was submitted to the Covid-19 Operations Cabinet sub-committee last week, the Prime Minister Boris Johnson and Mr Hancock requested a change in the law to make vaccines mandatory for care home staff.

It quoted the document saying: ‘The Prime Minister and the Secretary of State [Matt Hancock] have discussed on several occasions the progress that is being made to vaccinate social care workers against Covid-19 and have agreed – in order to reach a position of much greater safety for care recipients – to put in place legislation to require vaccinations among the workforce.’

It suggested the legislation would be subject to an upcoming public consultation.

Only 75% of care home staff have currently been vaccinated, according to NHS Digital figures from 18 March. However, according to the cabinet document, Sage has set a benchmark which suggests that 80% of staff and 90% of residents would need to be vaccinated in a care home for it to be deemed safe.

The document added that less than a quarter of care homes in London and half in the South West region currently meet this requirement.

The Department of Health and Social Care (DHSC) told Pulse that no decisions had been made yet.

But on BBC Radio 4’s Today programme this morning (23 March), Mr Hancock called for care home staff to share their views on the proposal.

He said: ‘This is something we’re considering but we haven’t made a final decision on and we do want to hear from care homes and care home staff on this question.’

Earlier this month it was found that GPs are ‘at least 30% less likely’ to pass Covid-19 onto others after one vaccine dose.

It comes after news that Covid vaccines may be more effective against Covid variants than previously thought.

And what’s do politicians do that are mandatory? Nothing.