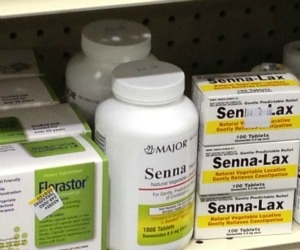 The UK Government has imposed a number of restrictions on the sales of over-the-counter (OTC) stimulant laxatives in an attempt to reduce misuse and overuse of the products.

Pharmacies will now be the only retailers with the power to supply OTC stimulant laxatives to patients aged 12 and over, while shops and supermarkets must not sell the products to anyone under the age of 18.

Under the Medicines and Healthcare products Regulatory Agency’s (MHRA) guidelines, larger packs of the products will also only be available in pharmacies going forward. Smaller packs will continue to be available for general sale in shops for the treatment of short-term constipation in adults.

Warnings highlighting the risk of overuse, as well as information explaining that the product does not help weight loss, must also be clearly visible on the drug packaging, the MHRA said

This change follows a national safety review, launched in 2018, which investigated the benefits and risks of these medicines, after evidence suggested that some people with eating disorders were misusing non-prescription laxatives.

In 2012, a survey by the eating disorder charity Beat found that of 158 people with an eating disorder who had used laxatives as part of their routine, 84% had bought them OTC. The survey also showed that 67% developed an addiction or dependency to the medicines.

In line with clinical guidance, the Commission on Human Medicines review said that healthcare professionals should not suggest the use of laxatives as first line for short-term constipation. Instead, dietary and lifestyle measures, such as increasing dietary fibre, fluid intake and activity levels should be considered. Bulk-forming laxatives may also be supplied as an alternative.

The MHRA also said that anyone with regular constipation should be advised against the extended use of stimulant laxatives, which can cause long-term damage to the digestive system.