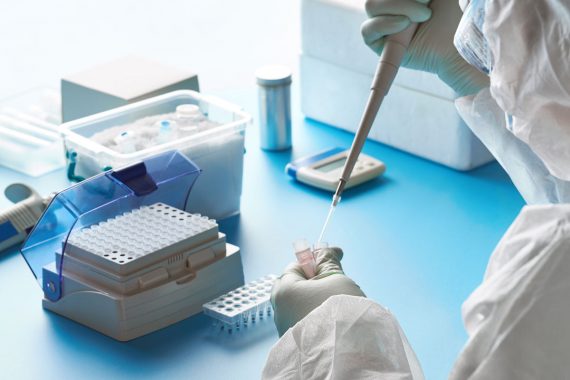 GPs are still being asked to avoid booking any non-urgent blood tests due to an ongoing shortage of reagents required in the laboratory process despite claims that the issues would likely be resolved over the weekend.

Pulse exclusively revealed last week that doctors had been told to only send through ‘urgent’ tests to labs amid ‘a national reagent shortage’ stemming from a warehouse move at major supplier Roche.

At the time, Roche said it was ‘confident’ there would be ‘significant improvements by the weekend to the supply of the tests’ and that it would be ‘well on the way to resolution’ by the end of this week.

However, GPs on the ground are still having to turn people away for blood tests.

In West Sussex, GPs have been asked to cancel non-urgent tests until at least next week.

Local GP Dr Richard Cook said: ‘It makes managing some conditions quite difficult and is delaying treatment of some conditions for some patients. Not what we/they really need after six months of disruption.’

Professor Carolyn Chew-Graham, a GP in Greater Manchester, told Pulse: ‘Patient safety is compromised, as the only bloods we can do are HbA1C and Lithium levels. Patients are concerned and angry.

‘This is adding extra pressure on practices already under strain. I have contacted Kate Green, MP for Stretford, and her office have said she is escalating to Matt Hancock.’

St Peter’s Hill Surgery in Grantham, Lincolnshire, told Pulse it now has 175 patients on a waiting list, having had to cancel their blood tests.

The Haxby Group, a large-scale provider across North and East Yorkshire, issued a notice to its patients in York and Scarborough on Monday advising that ‘due to a national shortage of blood testing equipment’ non-urgent blood tests ‘may be cancelled during the next two weeks’.

Dr Thomas Round, a GP in North West London, told Pulse the issue has ‘added significantly’ to his team’s workload.

He said: ‘We’ve had to cancel all current booked routine blood tests, and some blood tests taken last week by our staff weren’t processed…

‘We haven’t yet been informed as to when this issue might be resolved, and the longer this carries on, the greater the risks to patient care.’

And, in a communication seen by Pulse, GPs in North East London were told this afternoon not to book in any non-urgent appointments ‘until after Wednesday at the earliest’.

The message read: ‘This remains a national incident, and is being managed by NHS England. Locally, we are working with our local Trusts, our local laboratories and NHS England London to put in place mitigations to minimise any impact to patients and NHS services.

‘We are carefully monitoring the situation, which continues to change on an hourly basis as new information is received. We are working well together as a system to manage this incident and there is mutual aid between labs to ensure the most urgent lab work can be done.’

Last week, Geoff Twist, general manager of Roche Diagnostics UK and Ireland, said he was ‘confident that the plans we have put in place will deliver significant improvements by the weekend to the supply of the tests affected by these logistical issues’.

Yesterday, Mr Twist said: ‘Our National Distribution Centre is now fully operational and over the weekend (10-11 October) we dispatched 21 tonnes of products to laboratories in the UK and Ireland including two direct shipments of critical products from our warehouse in Mannheim, Germany.

‘By increasing the capacity of our UK Distribution Centre, and supplementing our scheduled shipments with the direct delivery of products from Germany, we are rapidly reducing the backlog caused by the temporary logistical issues. We still expect to be well on the way to resolution by the end of this week.

‘We will, of course, continue to work closely with our customers to prioritise delivery of the products they are telling us are most urgent, as well as those used by critical services including cancer, cardiac and infectious diseases. There has been no impact on the supply of Covid-19 tests and these were distributed to the NHS on Thursday 8 October as planned.’

GPs, including the BMA, last week criticised the suppliers’ decision to prioritise the movement of Covid antibody tests, which they argue have little clinical value.

Patients are starting to get angry, miffed and lost in a system so fragmented, privatised/outsourced and choked that NHSE and media are tactically burning GPs (who have seemingly been playing golf) for the imminent winter catastrophe. What really is the value of your health, your family, self-respect and worth to NHSE?