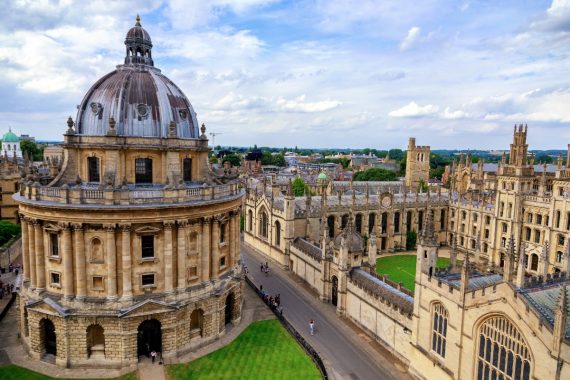 Plans to roll out an autumn Covid vaccine booster programme could be premature, the head of the Oxford Vaccine Group has warned.

Professor Sir Andrew Pollard said UK data showed the vaccines had been effective against coronavirus and were protecting the double-jabbed from serious illness and death.

He told the All Party Parliamentary Group (APPG) on coronavirus that any reduction in the protection provided by the vaccines would happen gradually and would be quickly identified through the UK’s Covid-19 surveillance systems.

Speaking today (Tuesday 10 August), Professor Pollard said: ‘There isn’t any reason at this moment to panic.’

His comments came as preparations are under way to offer Covid booster jabs in the UK from next month, with the Government awaiting final advice from the Joint Committee on Vaccination and Immunisation (JCVI).

Interim guidance has said over-50s should be offered Covid boosters at the same time as a flu jab, while those those who got their initial Covid jabs when the roll-out began last December would be first on the list again.

But Professor Pollard told MPs the decision to go ahead with the vaccine booster programme should be driven by science.

He said: ‘That is not really a question of whether we see some transmission in the community – actually having cases and living with Covid is something which is the future.

‘The time which we would need to boost is if we saw evidence that there was an increase in hospitalisation or people dying amongst those who are vaccinated.

‘That is not something that we’re seeing at the moment.’

Newly-published clinical trial data has revealed the Moderna vaccine remains 93% effective against coronavirus six months after the second dose is given.

Professor Pollard said: ‘[We]e have to also have an understanding scientifically about how the vaccines work and they are providing very high levels of protection against that severe end of the spectrum.

‘But also, even as the levels of immunity start to drop that we can measure in the blood, our immune system still remembers that we were vaccinated and we’ll be remembering decades from now that we have those two doses of vaccine.’

According to Professor Pollard, spare vaccine would be put to better use in countries where vulnerable people were yet to be vaccinated.

He said: We’re not seeing a problem with breakthrough severe disease

‘We have this sort of understanding of the biology that puts us in a good place to know that even if we started to see some waning of protection that would not be a complete switch-off of protection – we’re not going to get to the end of September and suddenly find that the pandemic starts again.

‘If there was any fall-off in protection it is something which will happen gradually, and it will happen at a point where we can pick it up and be able to respond.

‘For that reason, at this moment, those doses that are available that could be used for boosting or for childhood programmes and much better deployed for people who will die over the next six months rather than that very unlikely scenario of a sudden collapse in the programmes in countries that are highly vaccinated.

‘If there is a stockpile of doses, then they really need to go where they can have the greatest impact.’

It comes as Germany became the first European country to confirm final plans for its booster campaign. From September, this will not only see vulnerable patients offered an mRNA (Pfizer or Moderna) jab, but also everyone who was previously fully vaccinated with the Astra Zeneca or Johnson & Johnson vaccine.

My views:
(1) Totally understand his points of view and in fact , I agree to large extent . If we go along with logic of allowing a good time interval for booster administration based on previous experiences of vaccination programmes , a third dose given within 12 months from the first is way too early . The only exception is perhaps the first three successive doses in babies for diphtheria, tetanus, pertussis etc in a different physiological setting. Even though the Com-Cov study (looking at mix and match ) suggested two doses of Astra Zeneca were perhaps relatively weaker than other combination regimes i.e. two Pfizer ,AZ first-Pfizer second and Pfizer first-AZ second , the protection of severe diseases and deaths after two Covid vaccines are still good at 80-90% even against Delta variant.
(2) ‘Living with the virus ‘ is certainly our true ‘new-normal’ and we need to start adapting to that medically but more essentially :politically , economically and socially . As I wrote previously, the ramifications of Covid 19 in various aspects of humanity are vast e.g. geopolitics , economics/stock market, ideologies/culture , research and designs , universal/moral values etc
This is history on the fast lane . We have to ‘move on’ even more despite all the trauma and devastation we have been enduring .
(3) Our global survival against the virus (and perhaps the ‘punishment’ by our nature , alongside with the evidence in climate changes ) are yet to be over. This virulent virus is still spreading with fatalities in many parts of the world currently ( the well publicised countries in South America and Africa but also Czechia in Europe and Indonesia in Far East , for instance ) . Supplies of effective vaccines are essential. It begs the question of how much rich developed countries need to do to help the world(same question for climate changes ?). Of course , I am conscious that whatever answer one provides is subjected to the cynicism generated by the realities in a well divided , polarised world ……….

Correction
….the well publicised countries in South America and Africa but also Russia in Europe and Indonesia in Far East , for instance….