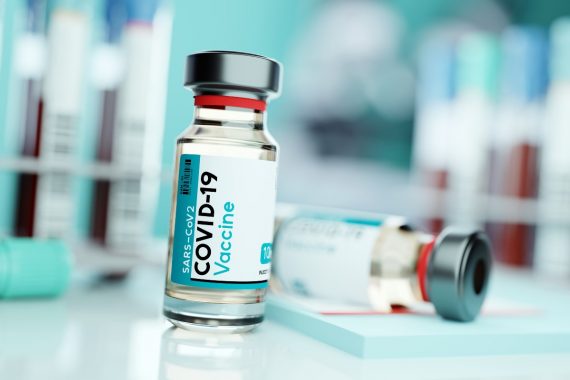 Second Covid vaccine doses will be brought forward for people in their 40s as part of measures to combat the Delta variant, the Prime Minister has announced.

Those aged 23-24 will also be eligible for their first dose of a Covid vaccine from today, Boris Johnson said. Meanwhile, NHS England chief executive Simon Stevens told the NHS Confederation conference this morning that all over-18s will be invited for vaccination by the end of this week.

It comes as the step four lifting of restrictions will be delayed for four weeks until 19 July, which will become the Government’s new target for all adults to receive their first jab – brought forward two weeks from 31 July.

The Government has also set a new target for all at-risk groups and the over-40s to have received their second dose by 19 July, Boris Johnson said. Second doses will be brought forward for those in their 40s from 12 to eight weeks, as is already the case for those in priority groups one to nine.

Speaking in a Number 10 press briefing last night, the Prime Minister said: ‘By Monday 19 July we will aim to have double-jabbed around two-thirds of the adult population including everyone over 50, all the vulnerable, all the frontline health and care workers and everyone over 40 who received their first dose by mid-May.

‘And to do this we will now accelerate the second jabs for those over 40 – just as we did for the vulnerable groups – so they get maximum protection as fast as possible.’

He added: ‘And we will bring forward our target to give every adult in this country a first dose by 19 July that is including young people over the age of 18 with 23 and 24-year-olds invited to book jabs from tomorrow – so we reduce the risk of transmission among groups that mix the most.’

The latest evidence shows that two doses are needed to provide ‘effective protection’ against the Delta variant, which data shows is between 40% and 80% more transmissible than the Alpha variant, the Department of Health and Social Care (DHSC) said.

It added: ‘In order to offer two vaccine doses to more people, prevent thousands of unnecessary deaths and protect the NHS, Step four will be delayed by up to four weeks to Monday 19 July. If the data rapidly improves this could be brought forward to 5 July.’

The BMA welcomed the delay to the easing of restrictions as a ‘sensible and necessary step to take’.

BMA council chair Dr Chaand Nagpaul said: ‘I am glad the Government has listened to the BMA and others like us who, in recent days, made clear the need for the current restrictions in England to remain in place for a few more weeks.’

He added: ‘The Government has committed to reviewing the data on a daily basis, and it must now use these next four weeks to forensically analyse the data as it emerges.

‘Crucially, while the Prime Minister says he reserves the right to lift restrictions earlier than 19 July if the data shows risk diminishing, he must also be prepared for the opposite, based on the Government’s own four tests – and not be led by arbitrary fixed dates.’

And Dr Nagpaul called on the Government to work to ‘understand the impact of long-Covid’ and ‘reduce the risk’, warning that it will lead to ‘long staff absences’ impacting businesses and the NHS.

It comes as NHS England today announced that GPs will soon be able to refer children and young people to new long Covid clinics as the specialist services are expanded.

The JCVI yesterday said it was considering shortening the vaccine dose interval to eight weeks for the under-50s amid mounting concerns about the Delta variant.

Last month, an extra payment of £1,000 was announced for GP-led Covid vaccination sites in England to enable the rebooking of second jabs following the announcement that all risk group patients – including all the over-50s – should now have them sooner.

Meanwhile, the vaccines minister yesterday urged GPs to ‘maintain momentum’ on the Covid vaccination campaign despite the ‘enormous pressures’ practices are facing in an exclusive blog for Pulse.

Otherwise known as the ”Johnson virus”