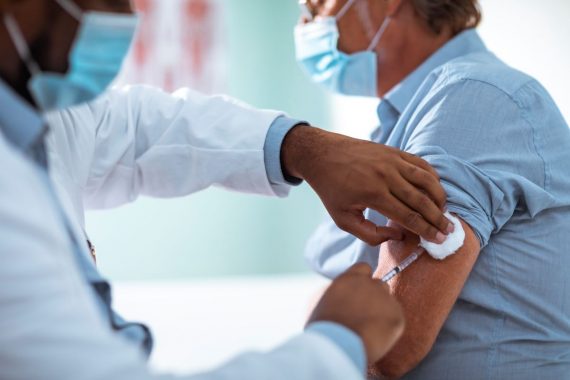 GPs will be able to place orders for additional flu vaccines from the Government’s central stock from mid-October, the Department of Health and Social Care (DHSC) has announced.

Practices in England will be able to place orders directly with suppliers and deliveries will be fulfilled ‘from November’, it said.

The DHSC said: ‘As part of the tried and tested approach to delivering vaccination at scale, should GPs deliver all vaccines from their own stock, they can place orders from mid-October with suppliers for the government-secured stock to be delivered from November.

‘These vaccines will be provided to those at-risk groups like 65s and over, pregnant women and those with pre-existing conditions, as well as frontline health and social care workers.’

It added that while practices ‘are responsible for procuring flu vaccine’, the Government has ‘agreed to procure’ more than 8m vaccines that can be accessed once a practice’s own stock is ‘empty’.

According to the DHSC, guidance has now been issued to GPs explaining the process for ordering from the Government’s additional supply.

This will ‘ensure 30m people can receive the jab this flu season’ – the Government’s target for this year’s expanded programme – it said.

The DHSC said: ‘Those aged 50-64 will also be eligible for a free vaccine but will be invited later in the season. Once they are invited, they will be eligible to receive vaccines from the Government-secured supply.

‘The flu vaccination programme will run throughout the winter months and into January so anyone eligible for a vaccine will be able to receive one.’

More than 10m vaccines have already been delivered, with a further 20m ‘scheduled for delivery’ in October, November and December, the DHSC added.

Patients ‘do not have to rush to get vaccinated’ because ‘flu levels generally don’t begin to rise until December’, it said.

NHS deputy national medical director of primary care Dr Raj Patel said: ‘Frontline NHS staff are working harder than ever to prepare for winter and have seen significant increase in demand for the flu vaccination, so access to additional supply will be very well received by GPs and patients alike.

‘GPs and pharmacies will continue to offer regular, timely flu vaccines to eligible groups, making particular efforts to prioritise the most vulnerable.’

It comes as GPs across the country have this week warned that they have been forced to pay for their personal flu jab as their practices are ‘massively short’ of stock.

A PHE report revealed yesterday that GP practices in England have delivered more flu vaccinations to patients over 65 years old than they had at the same point last year – with rates higher than 2019 in all eligible groups.

“According to the DHSC, guidance has now been issued to GPs explaining the process for ordering from the Government’s additional supply.”

Sadly the carrier pigeon carrying the instructions seems to have got lost en-route.