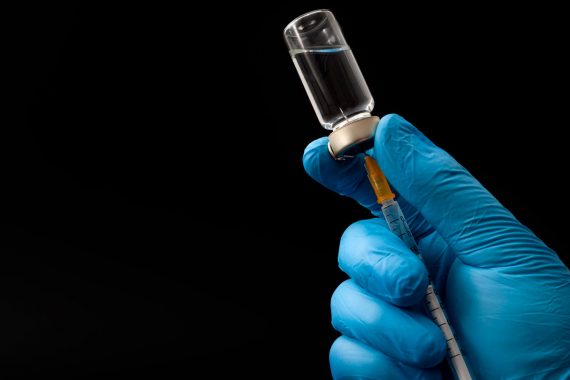 GPs could start vaccinating patients within the next two weeks after the medicines regulator approved the vaccine developed by Pfizer.

The Department of Health and Social Care this morning announced that the Pfizer vaccine will be available across the UK from ‘next week’ following Medicines and Healthcare products Regulatory Agency (MHRA) approval.

Ahead of approval from the medicines regulator, NHS England published the enhanced service specifications, which said vaccinations by GPs will begin at least ten days after NHS England gives the green light.

The MHRA approval follows numerous statements from Pfizer, Moderna and Astrazeneca around the efficacy of their respective vaccines.

It said that GPs will need to sign up by 7 December, with the enhanced service starting on 8 December.

However, it said that GPs will not start vaccinating until at least ten days after NHS England gives notification for the programme to start, which has not yet happened.

But following the announcement by the medicines regulator around the Pfizer vaccine, NHS England is expected to give the green light imminently.

The service specification says: ‘The requirement to provide vaccinations under this ES will begin on the date to be notified to GP practices in writing by the Commissioner (NHSE). The commencement date for vaccine delivery will not be less than 10 calendar days following notification from NHSE.’

A Department of Health and Social Care spokesperson said: ‘The Government has today accepted the recommendation from the independent Medicines and Healthcare products Regulatory Agency (MHRA) to approve Pfizer/BioNTech’s Covid-19 vaccine for use. This follows months of rigorous clinical trials and a thorough analysis of the data by experts at the MHRA who have concluded that the vaccine has met its strict standards of safety, quality and effectiveness.

‘The Joint Committee on Vaccination and Immunisation (JCVI) will shortly also publish its latest advice for the priority groups to receive the vaccine, including care home residents, health and care staff, the elderly and the clinically extremely vulnerable.’

Pulse revealed in early November that GPs were likely to start administering the Covid vaccine before Christmas.

The giving of a vaccine is simple, unexciting and basic. It is the cobweb of consent, explanation, templates, risk and consequence that will be a true boredom.

The risk to GP’s is the mandated pharmaoutcomes administration record system. The speed of administration of the IT system during a clinic could derail efficiency.
Booking systems like Accurx look good but costly at £0.74 per total registered population.
Locally, Greater Manchester want a top down system, GP’s want local flexibility, we have proved we can do this by compressing a 6 month flu season into 6 weeks.

I don’t know any GP practices that have signed up for this. But the CCG are putting out the mantra that everyone is involved and thanks for the support. I think it will be steam rollered through no matter and you will have to sign the DES
Like so many other things, there isn’t actually a choice