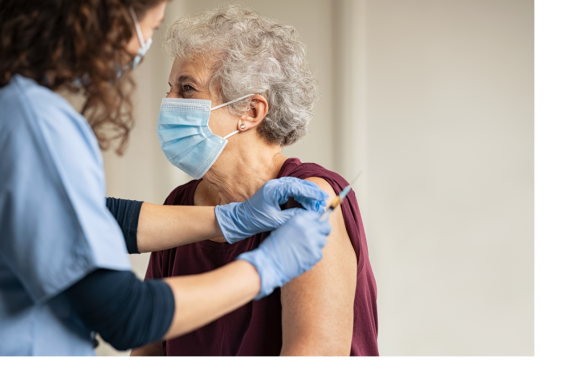 GPs should advise their older patients that the Oxford/AstraZeneca vaccine is safe and effective in those aged over 65, the medicines regulator has said.

It comes as France’s health authorities have joined several other European countries including Germany, Sweden and Belgium in recommending that the Oxford vaccine should not be given to older patients.

But the Medicines and Healthcare products Regulatory Agency (MHRA) said that it is ‘confident’ in its decision to authorise the vaccine in those over 65, based on scientific evidence.

MHRA chief executive Dr June Raine said: ‘Current evidence does not suggest any lack of protection against Covid-19 in people aged 65 or over who receive Covid-19 Vaccine AstraZeneca.

‘The data we have show that the vaccine produces a strong immune response in the over 65s and that it is safe.’

GPs have not been instructed to offer an alternative vaccine to any patients expressing concerns about receiving the Oxford jab, an MHRA spokesperson added.

Dr Raine added that the MHRA’s decision ‘is in line with that made by the European Medicines Agency’, which has authorised the Oxford vaccine in adults aged 18 and above – including over 65s.

More data are ‘continually becoming available for this older age group’ and the MHRA’s Public Assessment Report ‘will be updated to reflect this’, she said.

It comes as a new study has suggested that the Oxford vaccine may reduce transmission by 67%, as well as ‘sustained protection’ of 76% during the 12 weeks between doses.

And yesterday the health secretary announced that the NHS has vaccinated more than half of all people in their 70s and nine in 10 over 80s against Covid.

Now, let me get this right: is the Astra one the one with the 5g microchip in it, that connects you to the Hwawei network, or is it the one that alters your DNA so that you turn into one of those lizards, like David Icke warns us about?

Why ? doesn’t it work then? What should we ourselves have instead if the Oxford one needs ‘reassurancing’?