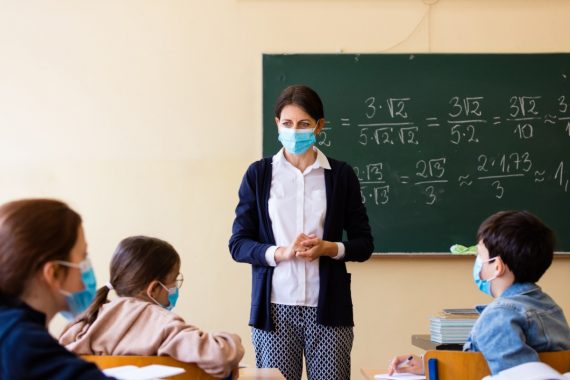 NHS England’s chief executive has said that key workers could become the next vaccine priority cohort.

Speaking at a parliamentary hearing yesterday, Sir Simon Stevens said there would be a ‘legitimate discussion’ about whether key workers should start being vaccinated after the first four priority groups have received their first dose.

While the JCVI’s ‘current proposition’ is that the next cohorts would be those in their 50s and 60s, certain other groups such as teachers and those with learning disabilities could also be prioritised at this stage, he said.

He told the Health and Social Care and Science and Technology Committees: ‘[The current proposition is that] once we have offered vaccination to everybody aged 70 and above and the clinically extremely vulnerable, then the next group of people would be those in their 60s and 50s.

‘[However], there will also be a legitimate discussion that the JCVI will have to advise on as to whether or not there are certain other groups who should at this point also receive priority – people, say, with learning disability and autism, certain key public service workers, teachers, the police. They will all have to be factored into that post-15 February prioritisation decision as well.’

While vaccinating those in their 50s and 60s is more likely to reduce the number of hospital beds occupied by coronavirus patients, this is ‘not the only consideration that policymakers have to take into account’, Sir Simon added.

He added: ‘Fundamentally, the most important thing is to get the overall infection rate down. This is not principally about pressure on this NHS, it is about reducing the avoidable death rate.’

It comes as the Labour party has called on the Government to prioritise key workers for vaccination alongside the JCVI’s cohorts five to nine, including by vaccinating teachers and school staff during the February half-term.

Shadow health secretary Jonathan Ashworth said: ‘The NHS rightly deserves congratulations for its impressive and speedy rollout of vaccinations. But now we need to go further and faster.

‘Ministers must bring forward plans to vaccinate key workers as soon as possible. Police officers, teachers, firefighters and transport workers are just some of the key workers who have kept society functioning through this pandemic and are more exposed to the virus.’

The committees also heard that patients due their second Covid vaccine dose will be prioritised for existing supply within the 12-week window.

And Sir Simon said he hopes that Covid and flu vaccines could be ‘combined into a single vaccine’ by next winter.

Earlier this month, PCNs were given the green light to begin inviting patients over 70 and the clinically extremely vulnerable for Covid vaccinations – expanding the rollout to cover the JCVI’s first four priority groups.

The Prime Minister has set out a target for all people in the top four groups to have received their first Covid vaccine dose by mid-February.