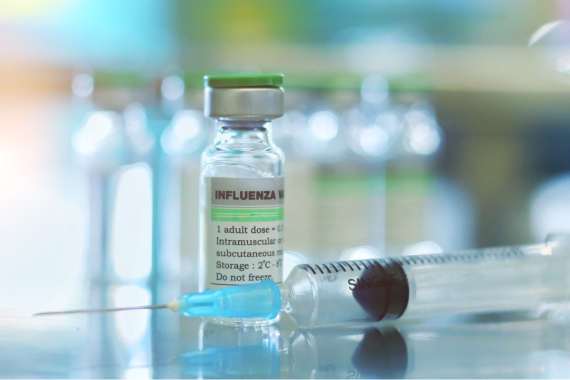 Last week’s update to England’s flu programme came too late and did not address GP concerns about vaccine supply, the BMA has said.

The flu letter update said that the Department of Health and Social Care (DHSC) ‘are not centrally procuring additional vaccine’ for the expanded programme, which will now target all over-50s.

Instead, providers were ‘asked to order additional stock directly from manufacturers for this additional cohort, based on vaccine coverage that was achieved over the last two years’.

The Government only announced the expanded flu cohort two weeks ago, and last week GPs were told they should start vaccinating the group from 15 October.

According to the Government, vaccine suppliers Sanofi, Seqirus and Viatris ‘have indicated that they still have flu vaccine stocks available to order’, although GPs were advised to some stocks may arrive later in the autumn.

But Dr Preeti Shukla, BMA GPC clinical and prescribing policy lead, said: ‘While it is good to have dates and processes confirmed, this update doesn’t address any of the fundamental concerns we have raised.

‘There will still be no central procurement, and without that no guarantee that sufficient volumes from the three manufacturers listed will be available when the winter flu vaccine programme begins in October.’

‘There is no getting around the fact this announcement was simply made too late.’

The expansion to all over-50s was a U-turn on behalf of the Government, after England’s GPs were informed in March that free flu jabs for 50-64s would be scrapped as the programme returned to normal.

In April, the Government warned that flu cases could rise to higher levels than before the Covid pandemic this next season as mask wearing and social distancing becomes a thing of the past.

Meanwhile, Pulse revealed today that NHS England is hoping to launch its national vaccination service as early as next year, with ‘suitable, qualified and competent suppliers’ invited to come forward for participation.

The Welsh Government had announced in April that the expanded flu programme for all over-50s would stay in place this year.