No flu cases detected in England this year to date 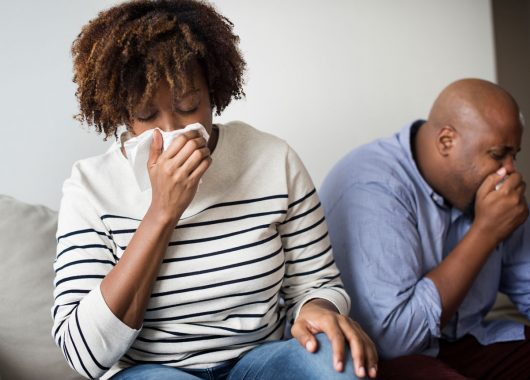 No flu cases were detected in the last seven weeks thanks to ‘changes in our behaviour’, Public Health England (PHE) has said.

According to the latest PHE data, its respiratory datamart flu surveillance system detected no influenza positive samples between 28 December 2020 and 14 February 2021.

Just one positive flu case was detected out of 1,075 samples tested between 21 December and 29 December 2020.

PHE head of flu Dr Vanessa Saliba said both public health guidance and restrictions as well as high flu vaccination uptake have likely led to the low levels of flu circulating this season.

She said: ‘The decrease in flu cases this year is likely due to changes in our behaviour, such as social distancing, face coverings and handwashing, as well as the reduction in international travel.

‘This season’s immunisation programme is on track to be the most successful ever, with the highest levels of vaccine uptake recorded for those 65 years and over, two and three-year-olds and healthcare workers.’

The provisional proportion of children in targeted groups who had received the vaccine by the same date were 55% of two-year-olds and 58% of three-year-olds, while monthly data shows an uptake of 75% among healthcare workers, PHE said.

Earlier this month, NHS England announced that more people could become eligible for a free flu vaccination next winter depending on the levels of Covid infection.

Shielded patients and their households, and the over 50s, were among the new cohorts.

Meanwhile, NHS England’s chief executive has said he hopes that Covid and flu vaccines could be ‘combined into a single vaccine’ by next winter.

The East wore masks and respected others decades before the west.

Perhaps they all had Covid-19 as well, so deaths recorded as Covid.

The emergence of Covid-19 caused by SarS-2 RNA virus has been matched by an equally dramatic fall in influenza virus cases around the world. This trend was seen in Southern Hemisphere
during the winter of 2020 May-August and then reflected across the Northern Hemisphere.

Many causes have been postulated including the impact of Face masks/ social distancing/ hand hygiene; home working; and fall in socializing and crowd events. Some feel this is a good example of one virus sweeping away the competitors for the human host – survival of the fittest viral species !

Should the NHS machinery continue to make flu vaccination a priority in future winter seasons; only time will tell; or will flu make a comeback as SARS-2 comes under control ?