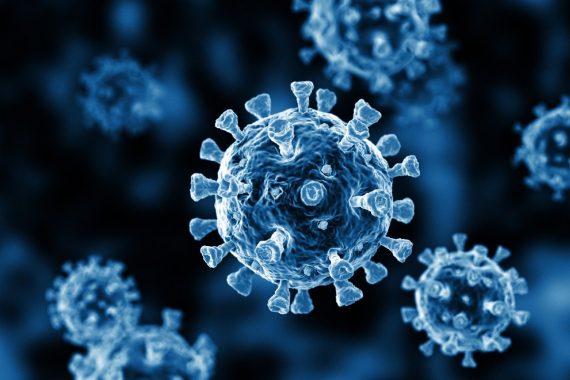 The Covid-19 vaccine being developed by scientists at the University of Oxford can be stored at fridge temperature and has been found to be 90% effective when given as a half dose followed by a full dose, it was announced today.

Experts hailed the phase 3 trial results as ‘tremendously exciting’ news, saying it could increase the number of people that can be vaccinated and reduce costs.

The vaccine candidate can be stored at domestic fridge temperature and distributed using ‘existing logistics’, the researchers said.

Oxford university’s partner Vaccitech today announced the interim findings of its phase 3 trials, showing 90% efficacy in one dosing regime and 62% in the other – 70% when combining the data from the two.

The early indication is that the vaccine administered in this way ‘could reduce virus transmission’, due to an ‘observed reduction in asymptomatic infections’, Vaccitech said.

There were no severe or hospitalised cases in any trial participants who received the vaccine, although the interim analysis included 131 Covid cases, it added.

The vaccine, developed in partnership with AstraZeneca, can be ‘easily administered in existing healthcare systems, stored at ‘fridge temperature’ (2-8 °C) and distributed using existing logistics’, it said.

It is ‘stable’ and ‘easily manufactured’, meaning it can be ‘easily distributed using existing medical facilities such as doctor’s surgeries and local pharmacies, allowing for the vaccine, if approved, to be deployed very rapidly’, Vaccitech added.

The researchers will now submit both the preliminary phase 3 efficacy data and safety data to regulators, as well as the full analysis of the phase 3 interim data for independent scientific peer review and publication, it said.

A spokesperson for the Department of Health and Social Care (DHSC) said: ‘We have already secured early access to 100 million doses of [the Oxford/AstraZeneca] vaccine for use across the UK if approved – on top of 255 million doses from other vaccine developers.’

The MHRA will assess whether the vaccine ‘meets robust standards of safety, effectiveness and quality once it receives the full data from Oxford/AstraZeneca’, they added.

They said: ‘If authorised, the NHS will begin to roll out more widely, starting with those most at risk, in line with Joint Committee on Vaccination and Immunisation advice, and taking into account logistics and practicality.’

The clinical trials have so far involved 24,000 volunteers, with further trials set to bring the number of participants to 60,000 by the end of the year, according to Vaccitech.

Further analysis will determine the duration of protection afforded by the vaccine, it said.

‘Excitingly, we’ve found that one of our dosing regimens may be around 90% effective and if this dosing regime is used, more people could be vaccinated with planned vaccine supply.’

She said: ‘Of course, much will be made of the difference in overall efficacy between this vaccine (70%) and the Pfizer and Moderna vaccines (95%). However, it is encouraging to see that in a sub-analysis, a fractional dosing schedule in which the first dose was administered at a lower level than the second resulted in higher efficacy and gave results comparable to the other vaccines (90%).

‘It will be important to both understand the mechanisms generating this result as well as to confirm this in the final efficacy analysis. If this result holds, this will mean that the same manufacturing capacity will be able to produce more doses and thus further reduce the constraints on vaccine supply.’

Professor of experimental medicine at Imperial College London Peter Openshaw said: ‘The Oxford/AZ vaccine dosage was chosen as one that gives acceptable side effects and a half-dose starter dose is great news, if confirmed once all the data has been reviewed.

‘The report that an initial half-dose then a full dose is even better than two full doses is great news, potentially increasing the number of people that can be vaccinated and reducing costs.’

And Dr Stephen Griffin, associate professor in the School of Medicine at the University of Leeds, said: ‘This is yet more excellent news and should be considered tremendously exciting.’

He added: ‘The overall figures are slightly reduced as they represent two dosing schedules combined, but this is simply a matter of sticking to the more efficient regimen.

‘Whilst we are all eagerly awaiting the full data, including efficacy across age groups, vulnerable patients and whether infection is prevented compared to severe symptoms, we can all be encouraged by yet another leap forward in the strategy to deal with this pandemic.’

It follows the publication of phase 2 safety trial findings last week, which showed that the vaccine produced side effects, but that these were less frequent in older than younger adults.

Promising first human trial results from the Oxford study, published in July, had shown the vaccine provoked a T-cell response within 14 days of vaccination and an antibody response within 28 days.

The Oxford/AstraZeneca Covid-19 vaccine has been touted as one of two which may be rolled out as part of a UK vaccination campaign as early as next month.

The UK has ordered more of the vaccine than any other candidate, at 100 million doses, and these are already being manufactured, with four million doses due to be available ‘by the end of the year’.

The UK Government has also pre-ordered 40 million doses of the Pfizer vaccine, which reported 95% efficacy in final phase 3 trial findings last week, including 94% efficacy in the most vulnerable over-65s age group.

And the Government secured a deal to purchase five million doses of the Moderna vaccine last week, after the US biotech company reported 95% efficacy in phase 3 trial findings.

GPs in England have been asked to get ready to deliver a Covid vaccination campaign by 1 December via an enhanced service, in anticipation of vaccine trial results and regulatory licencing.

In Scotland, health boards will take the lead on Covid vaccinations, while in Wales health boards and trusts will be involved. Meanwhile, Northern Irish GPs expect a similar programme to that in England, although discussions remain ongoing.

While it is excellent news that the efficacy is greater if the first dose is different from the second one, this is terrible news in terms of logistics etc.

If we go down this path, we will have two separate, non-interchangeable products. Some people will (inevitably) be given the wrong one. Supply chains will be more complicated.

When it comes to rolling out a programme as quickly as possible, this will impede progress.

Halving the first dose dramatically inncreases efficacy :
So obviously we should halve the second dose as well.
OR
they could put half as much in the syringes, adn we could give a ull dose each time,
SOOO much easier!!

Has anyone seen the confidence intervals for this data? I can’t find it mentioned anywhere.