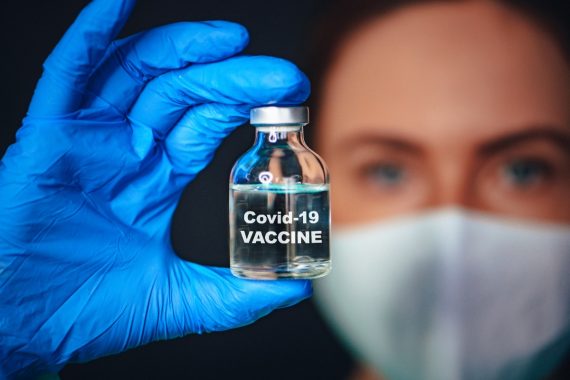 More than nine in 10 adults across the UK have either already been – or intend to be – vaccinated against Covid-19, the Office for National Statistics (ONS) has revealed.

New ONS data also shows that Covid deaths fell by more than a quarter in just one week in England in Wales.

The ONS said that between 17 and 21 February, 94% of 4,113 adults in Great Britain responding to their Opinions and Lifestyle Survey reported they ‘had received, are awaiting or would be likely to have the vaccine if offered’.

This has risen from 78% indicating they would be likely to accept the vaccine if offered it in early December when polled by the weekly online survey, it added.

However, the ONS reiterated that ‘fewer people in minority ethnic groups said they would be likely to have the vaccine than in [the] White ethnic group’.

RCGP analysis of NHS England vaccination last month found white people are three times as likely to have had a Covid-19 jab compared those of mixed race, and twice as likely compared to black people.

The data, published last week, added that more than a third (35%) of adults reported receiving at least one dose – an increase of nine percentage points on the previous week –  while 97% of over-70s had had their first jab.

Meanwhile, NHS England yesterday announced that nine in 10 over-65s have now had their first Covid shot, including four in five people aged 65 to 69.

ONS data updated today added that deaths ‘involving’ Covid registered in England and Wales decreased by 28% in the week ending 19 February, compared with the previous week.

The ONS said this accounted for nearly a third (29.5%) registered that week – with Covid the ‘underlying cause of death’ for 86% of deaths listed as involving the disease, compared with just 8.5% for flu and pneumonia.

Public Health England (PHE) data last week revealed that no flu cases had been detected in the last seven weeks thanks to ‘changes in our behaviour’.

It comes as new PHE data has suggested that a single dose of the Oxford vaccine is as effective as the Pfizer jab in reducing the risk of hospitalisation in those aged over 80.

And health secretary Matt Hancock yesterday announced that more than 20 million people across the UK have now had their first Covid jab.

The Government’s ambition is for all adults in the UK to have been offered a first dose of a Covid vaccine by the end of July.

And while we’ve all been distracted with GovUK harassment on percentages, OPEROSE care and friends from USA have continued buying all the GP sites they seemingly want along with the app chums. The vaccine programme is misleading all of us as to what is going on.