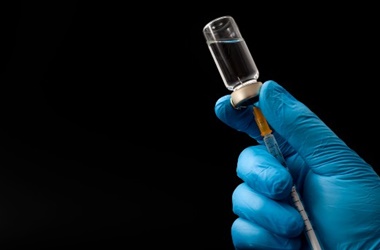 The Department of Health and Social Care is considering yet to be licensed flu vaccines as a way to procure enough stocks for this year’s expanded campaign.

In minutes from a meeting of the Joint Committee on Vaccination and Immunisation it has emerged that in seeking further supplies of influenza vaccine DHSC officials had ‘considered products that were not currently licenced in the UK, but which may be gaining a licence in time for the 2020/21’ season.

This includes Flublok – a quadrivalent influenza vaccine from Sanofi that has been used widely in the US.

The recombinant vaccine which is produced in an insect cell line is expected to be licensed for UK use in November, the JCVI committee heard.

Evidence seen by the committee suggested that safety of Flublok in the groups immunised was similar to that of other vaccines and that it was suitable for use in the UK influenza immunisation programme.

An influenza subcommittee was set to meet to discuss vaccine options and groups to be included in an expanded flu vaccination programme.

Since then, the Government has expanded the cohorts eligible for flu vaccination this season to include all over-50s. It is also targeting a 75% uptake within the usual risk groups, and wants to reach patients shielding from Covid-19 and their households.

But questions have been raised over potential shortages, and Sanofi – one of the UK’s key suppliers of flu vaccines – said it will not be able to get almost a third of ordered stock to GP practices until November.

The Goverment has told Pulse it will have stocks to vaccinate 30m people.

A DHSC spokesperson said: ‘The health secretary has outlined plans for the biggest flu vaccine programme in our history and healthcare staff will work to vaccinate more than 30m, millions more than received it last year.

‘We have secured a sufficient supply of the vaccine to increase uptake in existing groups and extend the flu programme to those aged 50-64 years.’

The DHSC reiterated that it will publish guidance to GPs on how to order additional stocks from its central reserve in September. It has previously said GPs should use their own stocks first.

NHS England’s flu letter last week revealed that those aged 50-64 will only be offered free vaccinations in November-December, subject to availability, which led GPs to worry about having to turn ‘angry’ patients away.