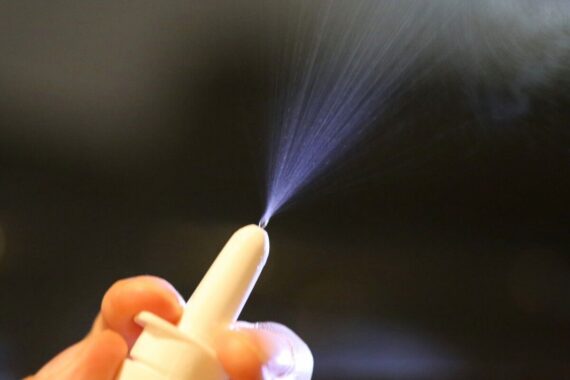 An esketamine nasal spray used to treat depression has been rejected for use by the NHS in England and Wales for a third time.

The National Institute for Health and Care Excellence (NICE) issued final draft guidance on the medicine at the end of last month (27 May), in which it did not recommend the use of esketamine nasal spray for treatment-resistant depression due to clinical and cost concerns.

In its guidance, the organisation acknowledged that there was an ‘unmet need’ for ‘effective treatment options’ for treatment-resistant depression.

However, it said there was a lack of evidence to suggest esketamine would keep depression remerging once a patient stopped taking the medicine, and it was also considered too costly.

‘The limitations in the clinical evidence and economic model mean it is not possible to determine a reliable cost-effectiveness estimate,’ the body explained

As part of the third consultation, NICE has called for further research to be carried out to address the clinical and economic uncertainty about how esketamine would be used in the NHS in England and Wales.

Current NHS practitioners are advised by NICE to manage treatment-resistant depression with oral antidepressants, then a second drug if symptoms do not improve.

Meanwhile in 2020, the Scottish Medicines Consortium (SMC) has already accepted esketamine nasal spray for use within NHS Scotland for adults with treatment-resistant major depressive disorder.

NICE first rejected a submission for esketamine in January 2020, and then a second time in September that same year.

Esketamine is derived from the schedule 2 drug, ketamine, and administration must be supervised by a healthcare professional.

In December, The Pharmacist reported that rates of antidepressant prescribing are continuing to rise and have been above-expected levels since the Covid-19 pandemic began.

Meanwhile, researchers are currently being urged to prioritise investigation into the potential use of statins to manage depression, after new evidence suggested they may ‘promote emotional resilience’.

The problem is, do you use it in the same nostril as the illicit drugs or not. You know the ones you’ll see at Glastonbury festival and on the flight back from Ibiza. You know the lot.