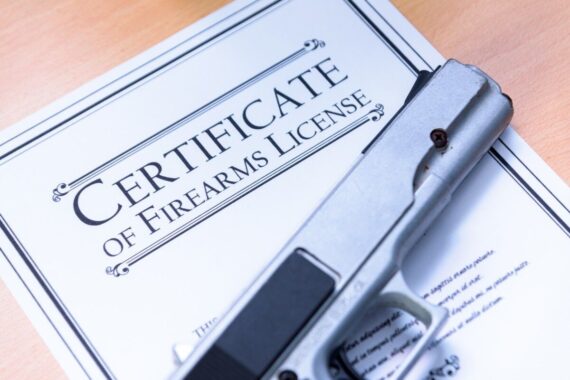 GPs are now able to put a marker on a patient’s medical record when notified that they have obtained a firearms licence.

New guidance on firearms licensing was published late last year but the digital firearms marker, which can be added to patients records as a reminder to GPs, was launched this week.

When a firearm or shotgun certificate is granted, the police will contact the applicant’s GP to ask them to add a firearms marker to the patient’s medical record on a ‘best endeavours basis’.

The marker will be a reminder to the GP that they ‘may need to notify the police if a person begins to suffer from a relevant medical condition, or a relevant condition worsens significantly, specifically when this may affect the person’s ability to possess a firearm safely’.

Commenting on the update, BMA lead for firearms licensing policy and Derbyshire GP Dr Peter Holden said the public should be ‘under no illusion that this will be an overnight solution’.

He reminded people that the new scheme will only apply to new applicants or people renewing their firearms licences, ‘so it will take up to five years before all licensed gun owners are included within this framework’.

He said: ‘Of course, when there is a diagnosis of concern, GPs will continue to use all of the information in front of them and where there is a danger to the wider public or the patient themselves, they will alert authorities.

The marker must not ‘imply that the buck for public safety stops with the GP’, Dr Holden said, adding, ‘as the police have acknowledged, they themselves are ultimately responsible for firearms licensing’.

He said the BMA ‘encourage[s] GPs to build on existing relationships with local forces to help further protect public safety’ as the new marker is rolled out.

The BMA had called for clarity on the GP role in licensing firearms in August, after home secretary Priti Patel said GPs would have to make an ‘assessment’ of applicants’ mental health.

But last year’s guidance provided some clarification, saying: ‘Doctors should not be asked to give general access to an applicant’s medical record as this may result in doctors being in breach of the Data Protection Act 2018.’

GPs will not be legally liable for firearms licence approvals

We have had a reminder on our patients notes that pops up on opening for at least 5 years. Why is this news. Is it simply to show just how clueless those at the top are about the actual process of delivery of primary care whilst trying to micromanage it> I remember receiving a missive around CDs that clearly came from someone who thought all CDs were issued on the special FP10MDA. You can only micromanage if you actually have some knowledge otherwise what you actually do is produce paper that everyone actually ignores.

GP land becomes ever more adversarial. One of us will fall foul of this. We are now in effect guardians of the public regarding firearm licences.