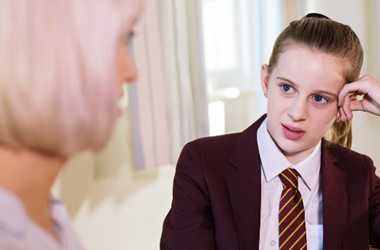 The five new standards, set out in a consultation published today, include that a patient of any age referred urgently to a community-based mental health crisis service must be seen within 24 hours and a ‘very urgent’ patient seen within four hours.

Children and young people presenting to community-based mental health services, should start to receive care within four weeks from when they were referred, which could be immediate advice and support for them and their families or carers or the start of a care plan or specialist assessment.

The same target is also being put in place for adults and older adults who should have started a therapeutic intervention, or received a social intervention or an agreed patient care plan within four weeks.

Patients referred from Accident and Emergency departments should be seen face to face by mental health liaison teams or equivalent children and young person’s service within one hour, under the proposals, which have already been piloted by some mental health providers and acute trusts.

NHS England added it was already the case that 95% of children and young people referred for an eating disorder should receive NICE-approved treatment within one week for urgent cases and four weeks for all others.

GPs have been swamped with increasing numbers of patients with mental health problems during the pandemic.

Dr Simon Hodes, a GP in Watford, said mental health standards were ‘so needed’ and could make a huge difference to patients if it becomes a reality

‘It will depend on the resources and the staff being available of course. There’s huge burden of mental health problems and making access direct from patients has been a huge step forward for adults via self-referral / IAPT.

‘We also have a PCN based mental health nurse which can be useful too. Locally I would really like to see self-referral and IAPT for CAMHS too as this all currently has to flow via the GP which often adds a delay and a barrier for some. Our referrals are often rejected, or parents simply sent self-help forms, advice and directed to web sites / other resources.’

In April, the CQC announced it would review provision of children and young people’s mental health services during Covid-19, taking into account access across the whole pathway.

NHS chief executive Sir Simon Stevens said: ‘Together with the guarantee that mental health investment will increase each year as a share of the growing NHS budget – as has been the case each year since 2015 – these new waiting times standards are another key milestone in the journey to putting mental health on an equal footing with physical health, so-called “parity of esteem”.’

Claire Murdoch, the NHS’s national mental health director, added that the new standards would ensure people who need care ‘know when they can expect to receive it and will support more rapid access to evidence-based treatment and support’.

Knowing that the NHS is ‘committed to timely access to support’ could make all the difference as we come out of the pandemic and plan for the future, Paul Farmer, chief executive of Mind, said.

‘With increasing numbers of people reaching crisis point, it is critical that they get the right mental health support quickly, which these standards would help to achieve,’ he added.

Consultation on the standards will run to 1 September.

Will not work will just make it so referrals do not fit their criteria to make sure the target will be met. Setting targets doesn’t make it work. You would have thought they would have worked it out by now. The emperor has no clothes.

”Parity of esteem” indeed ——-well that will do for now

Absolute pie in the sky

There needs to be a massive shift (and appropriate resources to go with it).
-No clinical restrictions on referrals – as they have always been abused by mental health teams turning away referrals.
-Any referrals turned away, must be turned away by a consultant after seeing a patient who is taking medical responsibility for that decision and has an agreed pathway for the patient to have a reassessment.
-The ability for the public to self refer to lower level of services; who can then decide, like a GP, if a consultant review is needed.
-GP referrals to have a time limit on timeframe to be seen and that time limit is ticked off when the patient is seen by a consultant psychiatrist. This will at least make mental health teams feels they have some responsibility for the patient.
-ANY tests required by the mental health team should be organised by the mental health team. If they do not have the skills to assess those tests then they need to buy that in. (i.e. if they need a cardiovascular assessment or medical assessment of bloods for eating disorders).

The process costs a lot of money, but so does cancer care, cardiovascular disease and gastroenterology – and they are (each) probably less prevalent and less economically important for society.

Good luck with that to go from a year wait to 4 weeks in the blink of an eye!

Was that written in crayon?

nhse and phe are parasites–get rid

I used to like the putting of AE patients on virtual CDU to avoid the 4hr fine, and trigger and admission tariff. NHS targets. Please.
It’s free.

I once saw a psychiatrist with a stethoscope around her neck—–trying to read an E.C.G.

Set an unrealistic, unmatched, unbelievable target and will fail.

Next beat those at coal face for blinding incompetence/uselessness, then set up committee of “experts” to come up with a new set of unrealistic, unmatched and unbelievable target

Call yourself NHSE and blame everyone but yourself when reporting back politicians.

Just how exactly doe it help if all distressed teens have to wait 4 weeks before they can tell a GP about it ?
Is this not at odds with the requirement to offer an apointment to all for anythinng within 48 hours ?

Good luck with that, ‘2 week wait’ colorectal cancer referrals are taking more than a month to be seen round my way ..its ‘Covid’..the colorectal surgeons have all been taken up fighting covid you see, along with the dermatologists, orthopaedic and upper GI surgeons..God bless ’em.

They can always pop in anytime and see me for a chat, if it helps———-it doesn’t take much, does it?