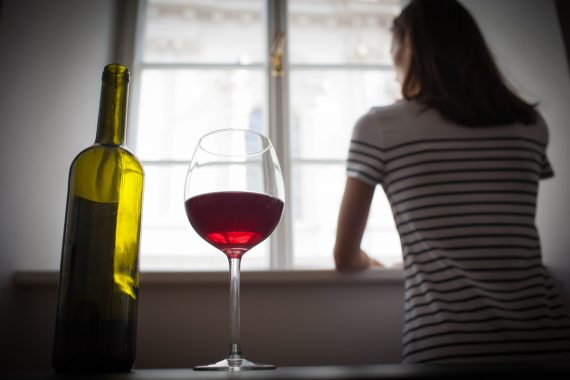 Changes in alcohol consumption brought about by the pandemic may lead to thousands of extra deaths and could cost the NHS billions, research has found.

Two separate studies, conducted by the University of Sheffield’s Institute of Alcohol Studies (IAS) and Lumen Health, said the most likely scenario would see hundreds of thousands of extra alcohol-related hospital admissions and thousands of alcohol-attributable deaths over the next 20 years.

They found that while lighter drinkers decreased their alcohol consumption during the pandemic, heavy drinkers consumed more alcohol than before.

This contrast was most pronounced among men and those in ‘the highest socioeconomic groups’, while over 45s who were already drinking at risky levels increased their consumption the most during the pandemic.

IAS’ head of research, Dr Sadie Boniface said: ‘The pandemic has been bad for alcohol harm: deaths from alcohol have reached record levels, and inequalities have widened.

‘We lack an alcohol strategy and progress on alcohol harm has been limited in recent years in England. This research should act as a ‘wake-up call’ to take alcohol harm seriously as part of recovery planning from the pandemic.’

The researchers modelled the future healthcare impacts of a number of different scenarios, with the best-case scenario of all drinkers returning to their pre-pandemic levels and a worse-case scenario of increases in overall alcohol consumption.

However, in the worst-case scenario there would be 972,382 extra hospital admissions and 25,192 extra deaths, costing the NHS an additional £5.2bn.

Even in the best-case scenario, where drinking levels quickly return to pre-pandemic levels, the long-term health impacts of the pandemic are made starkly clear as there would still be 42,677 extra alcohol-attributable hospital admissions and 1,830 deaths.

Colin Angus, senior research fellow who led the University of Sheffield study, said: ‘These figures highlight that the pandemic’s impact on our drinking behaviour is likely to cast a long shadow on our health and paint a worrying picture at a time when NHS services are already under huge pressure due to treatment backlogs.’

Alcoholic liver deaths accelerated like never before during the pandemic, according to a report from Public Health England last year.

PHE also noted that despite pubs, clubs and restaurants closing for around 31 weeks during national lockdowns, the total amount of alcohol released for sale was similar to before the pandemic suggesting people were drinking more at home.

Ha. What privileged loneliness. Company with yourself is terrible. Sums up humanity. Blame it on someone else.