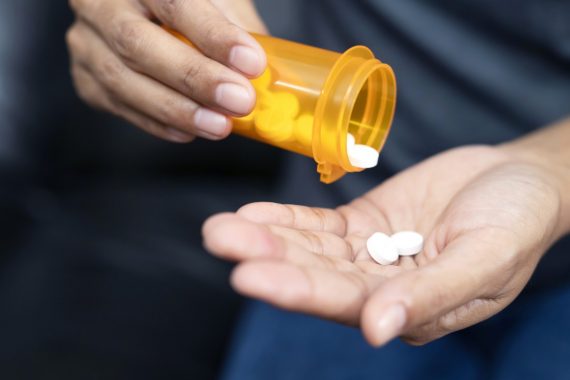 The Government has launched a consultation on making drug overdose medicine available in community pharmacies without a prescription.

Naloxone — a medicine that is used to rapidly reverse an opioid overdose — is currently only available in England on prescription and can be administered by anyone during an emergency.

However, a consultation, launched today (3 August), has proposed that naloxone can be supplied and administered without a prescription by a wider group of people across the UK of who regularly come into contact with drug users.

Pharmacies, as well as police officers, prison officers and paramedics have been listed as some of the professions who would have access to the drug if the consultation passes.

This eight-week consultation follows the launch of a new Joint Combating Drugs Unit which aims to publish a new drug strategy later this year to tackle drug misuse across society.

Commenting on the new consultation, health secretary Sajid Javid said: ‘Drug misuse destroys lives and has a devastating impact on people’s health, their livelihoods and their families.

‘To prevent people dying from drug abuse we need to make sure the right treatment and medicines are available, which is why we’re launching this consultation on naloxone today.’

Naloxone is currently freely available at all pharmacies in Edinburgh that deliver injecting equipment provision services.

However, the Royal Pharmaceutical Society (RPS) in Scotland has previously called for naloxone to be made available in every pharmacy across Scotland, and for all pharmacy staff to be trained in using it.

New data has shown that a record number of 1,339 people in Scotland died last year from drug misuse.

In response, RPS in Scotland is called on the Government and the pharmacy sector to work together to reduce drug harms in the country.