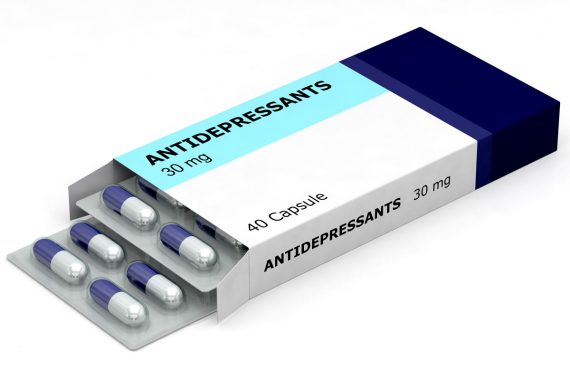 Patients who discontinue antidepressants after long-term use run a significantly higher risk of depression relapse than those who continue to take the medication, a new UK study has shown.

The researchers said their findings, published in The New England Journal of Medicine (29 September) shine a light on the question of whether antidepressants are still effective after long-term use.

The double-blind controlled study, carried out by University College London, involved 478 primary care patients in England who had been taking antidepressants — including citalopram, sertraline, fluoxetine, or mirtazapine — for multiple years.

Dr Gemma Lewis, lecturer at the division of psychiatry at UCL and lead author of the study, said: ‘Until now we didn’t know whether antidepressant treatment was still effective when someone has been taking them for many years.

‘We have found that remaining on antidepressants long-term does effectively reduce the risk of relapse.’

However, the study also found that only half of the 56% of patients who experienced a relapse after discontinuation chose to return to antidepressant use.

The researchers said this could be because some of the relapses and withdrawal symptoms might not have been severe enough for the person to decide to return to their medication.

Dr Lewis said: ‘Our findings add to evidence that for many patients, long-term treatment is appropriate, but we also found that many people were able to effectively stop taking their medication when it was tapered over two months.’

But she highlighted the problem that while ‘many people can stop their medication without relapsing’, ‘at present we cannot identify who those people are’.

Despite this, the researchers said they hope their findings will help doctors and patients make more informed decisions when it comes to antidepressant prescribing and deprescribing.

Professor Glyn Lewis, also from the division of psychiatry at and senior author of the study, said: ‘Antidepressants are effective but, like many medications, are not ideal for everyone.

‘In our study, 39% of people who continued on the medication still experienced a relapse, although stopping antidepressants increased the risk of relapse further.

‘Other ways to prevent relapse include cognitive behavioural and mindfulness-based therapies.’

Paul Lanham, a co-researcher, said: ‘Many patients taking antidepressants long-term have absolutely no idea what they would be like without antidepressants. Some will not want to find out, but others will.

‘These results show that staying on antidepressants does reduce the risk of relapse, but it does not guarantee well-being, and some people can stop antidepressants without a relapse.’

It follows a Cochrane review earlier this year, which found little evidence that current approaches for stopping long-term antidepressant use were safe and effective in people with recurrent depression.

Had a dream:
The pill of the future will combine sertraline, propranolol, atorvastatin, naproxen and amoxicillin. It’ll save a lot of hassle all around. Albeit blind faith. The advanced version will be laced with cocaine and cyclizine for the Friday and Saturday night out. Nitrofurantoin and ulipristal coating available for those you know, casual emergency days and a free sick note enclosed within the pill packet if you buy two boxes.
Dream over.

Well, if their GP kept them on antidepressants for so long, that suggests to me that either :
a) the GP in their expert opinion, felt the patient had a chronic depression which needed ongoing treatment continuing, or
b) the patient realised their GP did not believe they could cope without ongoing treatment, so became depressed ? (again)