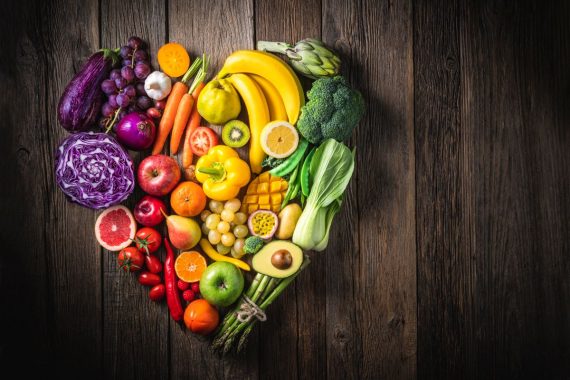 GPs should prescribe fruit and vegetables to people who have poor access to healthy food, a Government-commissioned review has recommended.

The annual average cost to the Government to provide the programme would be £2 million over three years, it estimated.

Meanwhile, a tax should be applied to sugar and salt sold for use in processed foods or in restaurants and catering businesses, with some of the revenue – an estimated £2.9-£3.4bn a year- used to give fruit and vegetable to low-income families.

However the report acknowledged while the tax could help people in less affluent areas access healthy food, broader measures to improve the benefits system and tackle inequalities were not within its remit.

It said ‘ideally…the true cost of eating healthily should be calculated into benefits payments’.

There is a ‘widespread notion’ that giving low-income households extra money to spend on food is a ‘waste of time’, but the report noted this is a ‘complete myth’.

It said: ‘Studies in this country have shown that, as poorer families’ income goes up, they spend more on fruit, vegetables, fibre, oily fish and other foods rich in vitamins and minerals. And families actually cut their spending on alcohol and tobacco as their income rises.’

Other recommendations among the 14 made by the report include:

The BMA has welcomed the recommendation to introduce a tax on salt and sugar, noting a tax on businesses is the ‘only option if we are to truly get to grips with the dangerous obesity crisis in this country’.

It said the report’s measures would help in ‘closing the unacceptable health gap between the rich and the poor’.

BMA board of science chair Professor Dame Parveen Kumar said: ‘The responsibility must not be placed on the individual alone, particularly when the food environment is so stacked against them. The brunt of responsibility lies with the Government and the junk food industry and we urge them to take ownership and remove the obstacles that are placing the health of so many at serious risk.’

He said: ‘The suggestion that GPs could prescribe fresh fruit and veg will not wholly solve this very complex issue and may not provide the benefits to patients in the longer term. What is really needed is a national collaborative approach to tackling these important issues.’

Last month NHS England announced £20m of new funding for a new weight management GP enhanced service, which was later criticised by the BMA for being ‘fundamentally flawed’ on both a clinical and practical level.

It followed the publication of the Government’s obesity strategy last summer, which came as a PHE evidence review concluded that excess weight leads to a significantly higher risk of hospitalisation and death from Covid-19.

I will prescribe an apple a day on FP 10’s

II agree if you’re skint its far easier and cheaper to buy junk
And if junk is available and they have a choice, kids will always choose it.

Then they’ll want allergy testing as kiwi makes them tingle and beetroot gave red stool. Don’t forget the grapefruit and the statin and suddenly the Brits are all banana-intolerant and bloated, and their sertraline is interacting with coconut water, and they feel all spaced out and tired.

…and if they can’t beet that, most will turnip their nose at it…

Can we not use a ‘vegetable-entitlement-card’, like a ‘gluten-free’ card?

What if we only agree to it, providing the prescriptions can be signed and sent electronically??

How about issuing families with food ration books containing prescriptions for various kinds of healthy foods? I believe Britain experimented with this form of food prescription around 1938 to 1951 didn’t we ???

Of course we all agree that everyone should eat healthily and ditch the ultra-processed foods. The problems are that GPs are already too busy looking after the sick to take on yet more work and that we have no idea about our patients’ financial situation so are not in a position to decide to whom we prescribe.
A worthy plan but not GP work I’m afraid.
BMA- please step in and say this.

why gps? let greengrocers do it

Did we really train for 9 years to be greengrocer ration adminstrators? I despair. If the BMA don’t fight this I’m cancelling my membership.

I cant be a green grocer and work in a call centre all at once.

Do we have to endorse the script with ACBS?

So, Napoleon was correct after all, even when feeling a right tit: – ‘A nation of shopkeepers’ – not forgetting that Baroness Maggie T’s pere was greengrocer and she knew what-was-what.

‘Now on your way to the New Weight Management GP Enhanced Service Clinic, I want you stop at Mr Thatcher’s for a bunch of banana’s, it’ll knock off you feeling so hungry later on – and it will enhance your potassium level which is a bit low from the water-pill – yes, the one for your big ankles’.

Reminds me of the cure for a tapeworm involving an apple, a banana, and a cream-puff – probably only remembered by the Oldies ……

Anyway, as this latest edict, it’s something to do with making an arse of it.

How stupid. Veg is cheap. Some people who are poor cannot be arsed to eat healthily. In any case “junk food” isn’t to blame. The occasional burger doesn’t cause harm: over-eating and boozing does. But much better to medicalise the problem.

It’s utter nonsense so the BMA will support with enthusiasm.

This’ll bring back the One pound Fish man song, Except change it to ‘Veg’…..In time, we’ll be asked to become fishmongers too.

People in Africa must be like…you what? I like how you still need to educate people to drink water, sleep and excercise. Even an earthworm knows that. Charge people for healthcare, and the word responsibility arrives.

Why can’t schools and nurseries hand out vegetable vouchers? I can see people booking appointments to GPs to get their veggies. When are we going to see the sick?

A suggestion cretinous enough to be welcomed by the RCGP. Perhaps inspect the fridge contents after the boiler check?

why is anyone a member of bma–its useless

LOL! I’m surprised that the posting is still there, these days when everything causes “offence”. I would get out more but I’m so busy spending my time on one knee that I just go around in circles most of the day.