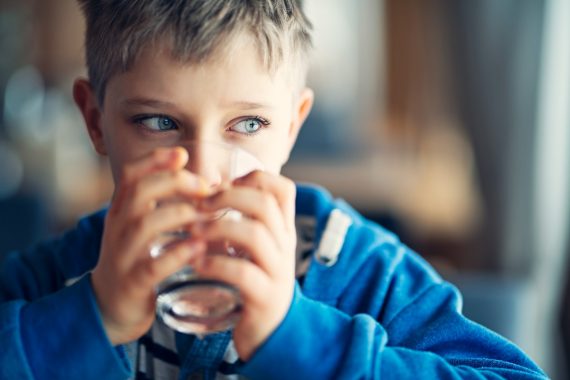 Fluoride should be routinely added to drinking water across the UK to reduce the impact of tooth decay in children because there is ‘strong scientific evidence’ of its benefit, the four chief medical officers have concluded.

In a statement, the CMOs said tooth decay was prevalent among under 19s in the UK and had a considerable impact on NHS services with tooth extractions in children and young people – the majority of which were preventable – cost £54.6 million a year.

Public Health England has calculated that water fluoridation could substantially reduce hospital admissions for tooth extractions by 45 to 68%.

The biggest impact on reducing rates of tooth decay would be in deprived areas, the PHE figures showed.

Currently around 5.8 million people in England have fluoridated water with decisions made by local authorities. The first community water fluoridation scheme in the UK was introduced in Birmingham in 1964.

Professor Chris Whitty and his counterparts in Scotland, Wales and Northern Ireland said that while some ‘weaker’ studies had claimed an association between water fluoridation and conditions included hip fracture, Down’s syndrome, kidney stones, bladder cancer, or osteosarcoma, the evidence had been conflicting.

‘Prevailing public health opinion is now that there is no significant association between water fluoridation and these conditions,’ the statement said.

That year, 35,190 children aged 0-19 years in England were admitted to hospital for the extraction of decaying teeth.

They noted that the level of fluoride in drinking water must be closely monitored with the World Health Organization recommending a maximum of 1.5 milligrams of fluoride per litre of water.

‘As with all things in medicine and public health there is a balance of risk and benefit.

‘There is unquestionably an issue with tooth decay in the UK and an entrenched inequality which needs to be addressed. Fluoridation of water can reduce this common problem,’ the CMOs concluded.

‘On balance, there is strong scientific evidence that water fluoridation is an effective public health intervention for reducing the prevalence of tooth decay and improving dental health equality across the UK.

‘It should be seen as a complementary strategy, not a substitute for other effective methods of increasing fluoride use,’ they added.

The Covid pandemic has brought more patients with dental problems to GP practices, as dentists were left catching up with patient backlogs.

Water fluoridation schemes are already in place in parts of:

Blimey! About 40 years late. Or more. The equivalent of “anti-vaxers” stopped it.

Why is this news?
What bad news is being buried behind this?