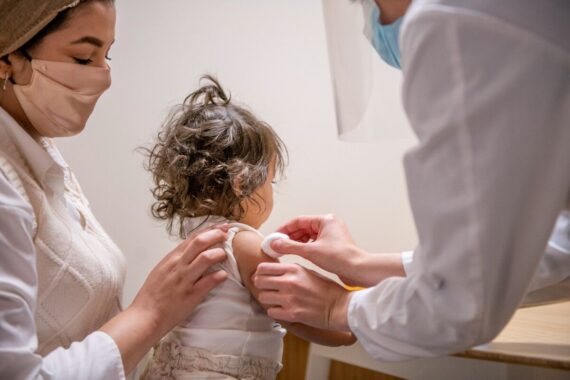 The infant vaccination schedule at 12 months could change after 2025 because of the discontinuation of a vaccination against MenC.

In interim advice published today, the Joint Committee on Vaccination and Immunisation (JCVI) said that it had been notified of the discontinuation of Menitorix, which is used to boost protection against Hib and MenC vaccine, because of a commercial decision made my marketing authorisation holder GSK.

Because Menitorix is the only Hib/MenC combination vaccine currently available on the market, it concluded that ‘changes to the routine infant vaccinate schedule are necessary’ and that a ‘including a dose of MenC-containing vaccine (such as MenACWY) in the infant schedule is not recommended’.

However, there are enough stocks of Menitorix to continue the vaccinated schedule until 2025, it estimated.

Low levels of the invasive meningococcal disease in the community means that there are a low number of cases to prevent, it added.

Currently, vaccination to protect against MenC is given at 12 months (Hib/MenC) and 14 years (MenACWY), however the JCVI now does not believe that a program of infant immunisation would be cost effective.

For the MenC vaccine, which is currently given at 12 months, the JCVI said that direct protection in fancy may not to be maintained because of ‘reduced transmission leading to herd immunity’.

For protection against Hib, it noted that Menitorix is the fourth dose of a Hib-containing vaccine given in the childhood immunisation schedule.

However, it found that an additional dose of a multivalent Hib-containing vaccine – such as the hexavalent ‘6 in 1’ (DTaP/IPV/Hib/HepB) or pentavalent (DTaP/IPV/Hib) – is likely to be an appropriate choice going forward.

It had also considered the use of single Hib-only containing vaccines to replace the Hib/MenC dose, but warned that available supply of single Hib-only is unlikely to be sustainable in the longer term as it is not used elsewhere in Europe.

However, it also removed exception reporting at the same time as insisting on practices hitting 95% uptake, which has led to a number of practices losing out on tens of thousands of pounds.