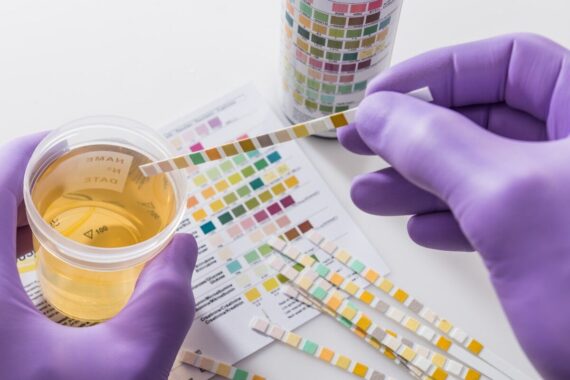 NICE has updated and streamlined its list of symptoms suggestive of urinary tract infection (UTI) in babies, children and young people under 16.

The draft recommendations currently out for consultation also place more emphasis on urine testing when signs suggest a UTI is more likely than not, and where the GP has a suspicion of a UTI but symptoms are absent.

Some symptoms in the previous guidance, such as lethargy and vomiting have been removed.

But NICE stresses that the list is not exhaustive and should be used alongside clinical judgement.

The update also stresses avoiding delay in collection and testing of a urine sample, which if not done at the consultation, needs to be returned within 24 hours.

In outlining the reasons for the changes, the committee said it was important to diagnose UTI quickly and accurately to prevent unnecessary suffering and serious complications.

There is no algorithm for spotting UTIs in this age group that is backed by good evidence but the update would give more certainty about which symptoms and signs make UTI more or less likely, NICE said.

Babies under three months who were unwell with suspected UTI should be seen by a paediatric specialist and have urgent urine cultures done because of the risk of sepsis, as already set out in other NICE guidelines.

For children aged three months to three years, guidance was changed in 2017 to clarify that dipstick testing should be used and antibiotics only started if its leukocyte esterase or nitrite positive or both, with urine cultures also requested.

But more research is needed on the symptoms of UTIs in children aged five to 16 years as many of the studies have been done in young children.

A better understanding is also needed on whether the signs and symptoms of persistent or recurrent UTI differ in those aged under 16 years.

Professor Azeem Majeed, primary care professor at Imperial College London, said GPs would already be aware of the symptoms and signs of a UTI in a child that were set out in the NICE guidance.

‘Using a dipstick test to determine which children need a sample to be sent to a laboratory will increase the likelihood of a positive culture and will be more cost-effective.’

The challenge in babies and young children is getting a timely sample, he added.

‘Ideally, parental education is needed so that they obtain a urine sample to bring to the appointment. If not, the urine sample will need to be collected as soon as possible after the consultation.’

Test the urine of babies, children and young people who have symptoms and signs that suggest a urinary tract infection (UTI) is more likely.

Symptoms and signs that suggest a UTI is more likely

Symptoms and signs that suggest a UTI is less likely

There is some guidance for parents on how to collect the urine specimen, such as using a urine collection bag – see https://www.gosh.nhs.uk/conditions-and-treatments/procedures-and-treatments/collecting-urine-sample/