GPs should advise caution to women on contraception when prescribing antibiotics 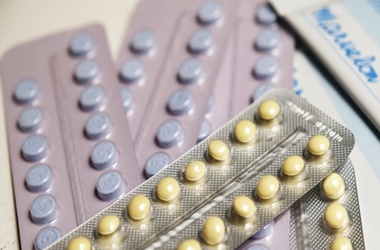 A peer-reviewed analysis of unwanted side effects of the combined use of these drugs, published in BMJ Evidence Based Medicine, concluded that antibiotics may reduce the effectiveness of hormonal contraception.

The researchers, from the University of Oxford’s Nuffield Department of Primary Care Health Sciences and the University of Birmingham, drew on ‘Yellow Cards’ – reports of suspected unwanted drug side effects that had been flagged by doctors and the public to the Medicines and Healthcare products Regulatory Agency.

They compared the number of unintended pregnancies reported in 74,623 Yellow Cards for antibiotics in general, and in 32,872 for enzyme-inducing drugs with those reported in 65,578 other types of drugs.

There were six unintended pregnancies in the Yellow Card reports of other drugs; 46 in the antibiotic reports; and 39 in the enzyme-inducing drug reports.

While the researchers stressed that it is impossible to calculate absolute risks from this data, and that risk will vary between individual women, they said: ‘This evidence suggests there is an interaction of antibacterial drugs with hormonal contraceptives, which can potentially impair the effectiveness of the contraceptives.

‘The precautionary principle dictates that women taking hormonal contraceptives should be advised to take extra contraceptive precautions when a short course of an antibacterial drugs is added.’

Current advice remains that antibiotics, other than those that prompt the production of certain enzymes, do not interfere with hormonal contraceptives.

Last year, the Faculty of Sexual and Reproductive Healthcare updated its guidance to clarify that GPs can safely prescribe one years’ worth of combined hormonal contraception, instead of three months’ worth, at the first consultation.