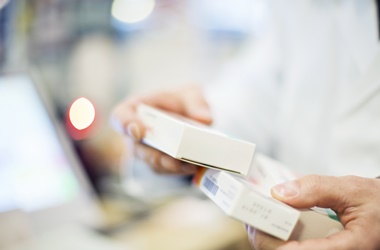 Exclusive The MHRA ‘will consider’ reclassifying ‘all opioid-based painkillers’ as prescription only, Pulse has learned.

It follows new draft guidance published by NICE this week, which recommended GPs do not prescribe opioids for chronic pain because they are ‘harmful’ and cause addiction.

The MHRA told Pulse that the safety of OTC codeine products are being kept under review and that it ‘will consider’ reclassification ‘as necessary’.

A spokesperson said: ‘The MHRA is keeping the safety of OTC products containing codeine under review and will consider other interventions, including the possibility of reclassifying all opioid-based painkillers as prescription only, as necessary.’

They pointed out that OTC products containing codeine are not indicated for chronic pain and should only be used short-term for a maximum of three days.

The news comes as experts advising NICE on its chronic pain guidance had raised concerns about over-the-counter codeine earlier this year, although others warned of GP workload implications.

NICE’s new draft chronic pain guideline – the first of its kind – does not specifically mention OTC codeine, but NICE said GPs should not advise codeine-containing products for chronic pain ‘by any route’.

A NICE spokesperson told Pulse: ‘The guideline doesn’t specifically address OTC medications but the draft recommendation is not to offer opioids, by any route, to people aged 16 years and over to manage chronic primary pain.’

However, Dr Steve Kell, GP partner at Larwood Health Partnership in Worksop, told Pulse that there will be ‘significant implications’ for GP workload if a ban were to go ahead.

He said: ‘The amount of workload that will come is significant, especially when we’re concerned about medication shortages with Brexit.

‘We have a lot of patients who think they’re helping the NHS by buying medication such as co-codamol – or we’ve been asked to tell them to buy their own co-codamol by CCGs.’

He warned that practices are already ‘under a lot of pressure’ but that patients who ‘need’ their medication will be forced to approach their practice if they are denied it over-the-counter.

He added: ‘People aren’t necessarily addicted but they need the co-codamol that they’re buying over the counter and so by definition that then comes to primary care.’

Dr Kell added that while it ‘may be the right thing to do’, agencies must ‘coordinate’ over an opioid strategy so that patients are not left ‘in the lurch’.

He said: ‘At the moment it feels like everyone is doing different things. If NICE says we can’t prescribe opiates and the MHRA says they can’t be bought over the counter, then are we banning them? What’s the strategy?’