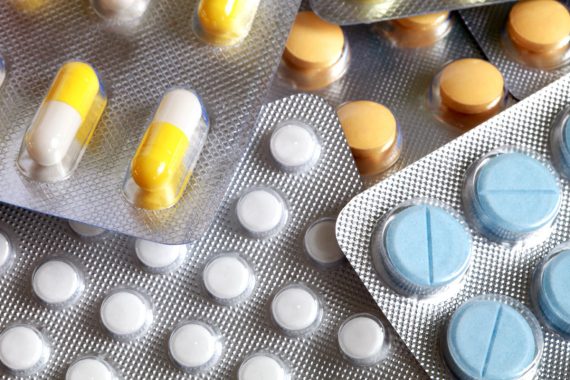 The Government has made deals for hundreds of thousands of doses of two new antiviral drugs which they hope will be used to treat the most at risk Covid patients at home and ‘take pressure off the NHS’ this winter.

It includes 480,000 courses of molnupiravir, a twice daily pill developed by Merck, which has already been proven in clinical trials to reduce the risk of hospitalisation or death for at-risk adults with mild to moderate Covid-19 by 50%.

The drug is the first that could be taken by at-risk patients at home and the first doses are expected to arrive by mid-November, health minister Sajid Javid announced adding he wanted ‘to deploy them as quickly as possible’.

A clinical trial of 775 adults with mild to moderate Covid, who were considered higher risk for severe disease because of health problems such as obesity, diabetes or heart disease, said Merck announcing the results at the start of October.

The UK government’s Antiviral Taskforce has also secured 250,000 doses of Pfizer’s PF-07321332/ritonavir. Currently in phase 2/3 trials, the drug works in a different way but is also targeted at those with Covid-19 who are at risk of severe disease but not in hospital.

Both treatments have yet to be approved by the Medicines and Healthcare products Regulatory Agency (MHRA) but once the green light is given, health officials said the most vulnerable would be eligible first including the elderly and those with weakened immune systems.

It follows the approval in August of monoclonal antibody treatment Ronapreve which is now being used in hospitalised patients.

The Government had set a target of having antiviral treatments approved by this autumn.

Health and secretary Sajid Javid said: ‘I am delighted to confirm we may soon have a new defence in our arsenal with two new antiviral drugs that we have secured.

‘Our work is far from done though – and we’ll continue our tireless work to secure more innovative treatments so we can protect as many people as possible from the virus, its variants and future diseases.’

The Government and NHS are now working to get in place plans for deployment of the treatments, including the delivery of a national study, to collect further data on who would most benefit.

Eddie Gray, chair of the Antivirals Taskforce said it was an important development in supporting the NHS over the coming months.

‘Should they be approved by the medicines regulator, we could see these treatments rolled out to patients this winter, providing them with vital protection.’

Deputy chief medical officer Professor Jonathan Van-Tam added that Covid-19 vaccines and therapeutics had already been rolled out to tens of millions of people in the UK and antivirals brought ‘another key intervention to the table’.

‘They will be particularly vital in protecting those who may not get the same antibody response to the vaccines as the majority of the population.

‘We will now work quickly to ensure the right cohorts of people receive these treatments as soon as possible, should they be approved by the MHRA.’

Like Tamiflu the UK thinks it can medicate itself out of preventative strategies. Ego is above nature in the UK. The pubs, holidays and mask free privilege must continue. Perverse.

So, antibiotics, as used by GPs = Evil, a gifr from Satan etc.
Antivirals as used by hospitals = Wonderful