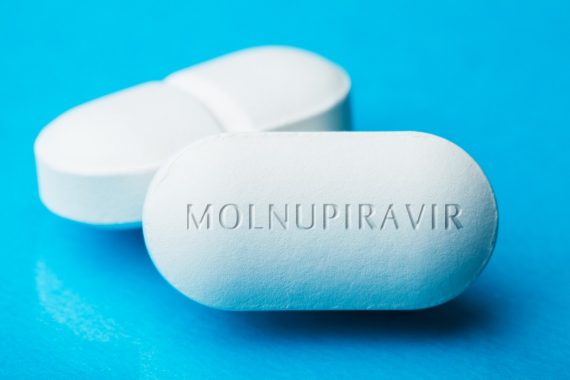 GPs have called for more detail on how Covid-19 antiviral and monoclonal antibody treatments to treat those at highest risk in the community are being deployed locally.

Ministers announced that those most at risk of severe disease, including people who are immunocompromised, cancer patients or those with Down’s syndrome will be able to access either the antiviral drug molnupiravir or the novel monoclonal antibody Ronapreve from the 16th December.

Plans are for the drugs to be given through Covid-19 Medicines Delivery Units (CDMU) around the country, to which GPs will be able to refer but teams will also contact patients directly, the NHS said.

NHS England confirmed to Pulse that the service has now gone live with 70 CDMUs mostly based in hospitals.

But GPs raised concerns communication has been scarce about the initiative and said they struggle to advise patients who are already asking about it.

Through the new scheme, Covid-19 patients at the highest risk of severe disease will be offered treatment an intravenous monoclonal antibody treatment at a CMDU site or where that is not feasible or contraindicated may be given an antiviral to take at home.

The highest risk patients will also be receiving a letter telling them about the treatments in advance and a ‘priority PCR test’ for them to keep at home, NHS England said. Information will be going to patients from Monday, Pulse understands.

It is understood that most eligible patients who test positive will be contacted directly by a CDMU but some will be referred by GPs through their electronic system.

But speaking with Pulse, several GPs said they had received no information locally on how this will work or when they will be able to refer patients.

Dr Mike Smith, a GP in Hertfordshire said: ‘We’ve had a few patient queries but no details from either the CCG or the ICS and how this is going to be rolled out.’

Dr Lis Galloway, a GP in Guildford, Surrey said there had been no communication locally about how the scheme will work. ‘Fortunately no queries as yet from patients, their confidence in the system must be perpetually rattled when their GPs have no answers to give.’

It follows clinical trial data that molnupiravir cuts the risk of hospitalisation or death for at-risk, non-hospitalised adults with mild to moderate Covid-19 by 30% and Ronapreve reduced the risk by 70%.

The treatments must be prescribed quickly after the onset of symptoms in order to be effective.

Those prioritised for treatment must have a positive PCR test and onset of symptoms within the past seven days (or five for molnupiravir).

The Government has also funded a national study to assess use of antiviral treatments in a wider patient group. Those over the age of 50 or with a high risk condition are being asked to sign up to the PANORAMIC study which will look at the effectiveness of the treatment.

GP Hubs that have signed up to the study will be responsible for delivering the antiviral treatments.

Dr Lucy Pocock, a GP in Bristol, said there had been no information for them from NHS England about the roll out. ‘I have just checked and there is nothing in our local bulletins about it,’ she added.

I don’t know why people pleasing GPs need comms and guidance on this. Not your game. Telephone says no, call 111. Stop trying to be an ID consultant. You’re not.