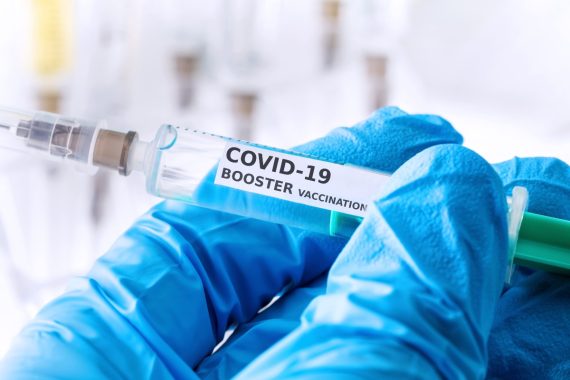 The Covid booster campaign helped more than 100,000 patients avoid hospitalisation by protecting the population against Omicron.

A study by The UK Health Security Agency has estimated that booster vaccinations have prevented 105,600 people from being admitted to hospital with Covid-19) since mid-December.

It is based on research that shows two doses of either AstraZeneca or Pfizer were associated with a vaccine effectiveness of approximately 25 to 35% against hospitalisation once Omicron was circulating.

After a Pfizer booster, vaccine effectiveness against hospitalisation started at around 90% dropping to around 75% after 10 to 14 weeks, whichever other vaccines people had received.

With a Moderna booster vaccine effectiveness against hospitalisation was 90 to 95% up to nine weeks after vaccination, the latest Covid-19 vaccination surveillance report said.

Overall vaccine uptake for three doses in England in is 49.7% but coverage is highest in the oldest age groups, the report noted.

Previous research by the Office for National Statistics found that Covid booster uptake among Black Caribbean people is around half the national rate, with similarly low uptake rate among other ethnic minority communities.

In December GPs had been tasked with making an accelerated booster role a clinical priority.

Over 28 million over-18s received their top-up jab by 30 December, with 1.5 million of these administered the weekend before Christmas and more than 830,000 delivered on Saturday alone.

Dr Mary Ramsay, head of immunisation at the UKHSA, said: ‘This analysis provides further strong evidence of the vital protection being provided by the booster vaccine during this Omicron wave.

‘Its introduction has and continues to prevent thousands of people from becoming seriously unwell, alleviating pressure on the NHS.’